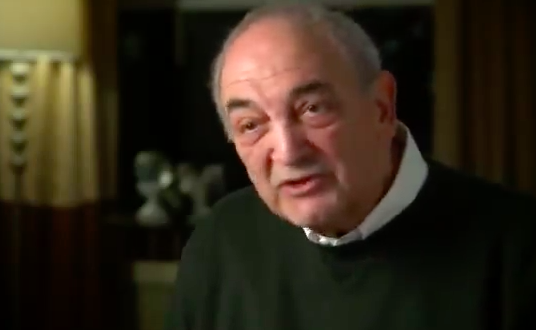 The 30 for 30 brand has seen impressive growth across ESPN’s uncountable number of platforms.  Not only has 30 for 30 been a major success on television, ESPN has invested in various digital documentary shorts that have also been a hit.

Now, the two mediums are coming together.

ESPN will launch a full-length digital 30 for 30 for the first time.  The documentary will be streamed in six chapters on the Grantland website from April 6-10. The subject is shoe mogul Sonny Vaccaro and the documentary “Sole Man” will cover his four decade rise to becoming one of the most influential individuals in all of sports.

For the first time ever, ESPN Films will premiere a full-length 30 for 30 film digitally. “Sole Man” will debut on Grantland.com in six parts—one chapter per day—from April 6 through 10, with the final two chapters on the 10th. An exclusive first look at the chapter featuring LeBron James will premiere on the 6 p.m. edition of SportsCenter on Friday, February 13. The film marks the directorial debut of Jon Weinbach and Dan Marks, whose previous collaborations include “Straight Outta LA,” one of ESPN’s original 30 for 30 films. “Sole Man” is a definitive, first-hand and unflinching account of how former sports marketing executive Sonny Vaccaro rose from his humble Pennsylvania steel-town roots to be at the forefront of the modern era of sports marketing in the $13 billion athletic-shoe industry.

Vaccaro’s supporters call him a visionary. His friends laud his loyalty. And his enemies accuse him of corrupting a sport and profiting off amateur athletes. What’s undeniable is this: Sonny Vaccaro is one of the sports world’s most polarizing and influential figures. Now 75, he is still a fast-talking maverick whose zeal for basketball and instinct for sales forged an era of unprecedented growth for two pillars of pop culture: basketball and sneakers.

It was Vaccaro who was instrumental in launching Nike’s “Air Jordan” empire in the ‘80s and started the movement of paying college coaches to have their players wear Nike shoes. He ushered in the professionalization of youth basketball in the ‘90s by creating a new era of high school all-star games led by his ABCD camp at a time when players such as Kobe Bryant and Tracy McGrady—both of whom signed shoe deals brokered by Vaccaro—turned high school games into auditions for the NBA. “Sole Man” will take viewers through Vaccaro’s personal story, which mirrors the narrative of basketball’s ascent over the last 40 years. It is an era in which James Naismith’s creation morphed into a global enterprise that stretches from Brooklyn to Beijing. To a staggering degree, many corners of the basketball world are really just “Six Degrees of Sonny.”

The film features original interviews with many of the biggest names in basketball, including legendary coaches Jim Boeheim, John Thompson, Larry Brown, Jim Calhoun and John Calipari, as well as former and current NBA stars such as Chris Webber, Tracy McGrady, Brandon Jennings and Joakim Noah. Five years in the making, “Sole Man” is executive produced by Jamie Patricof (“The Place Beyond the Pines” and “Blue Valentine”), Cash Warren and former NBA All-Star Baron Davis.

This is a very interesting concept from ESPN/Grantland/30 for 30/Exit 31 and whatever creative element has their hand in this production.  The fusion of full-length documentaries and digital is new ground and it’ll be interesting to see just how successful this film is and how many online views the series receives.  ESPN shouldn’t rule out airing it on television later on if there’s enough interest developed over the length of the series.

All of media is slowly shifting towards a digital emphasis and this is a major step in that direction.  If “Sole Man” succeeds expect to see ESPN and other media companies to further pursue this route in the future – foregoing television and going straight to digital.