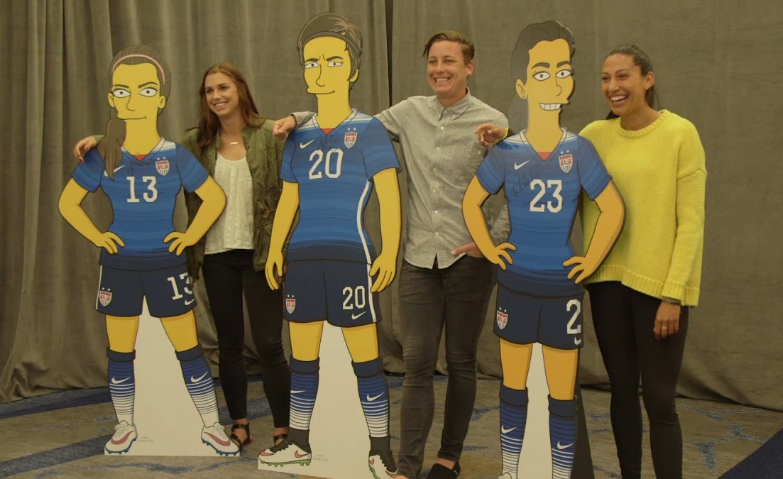 The 2015 Women’s World Cup is roughly a month away and everyone is eager to get in on the fun before the tournament officially starts. That includes the Simpsons, who created a couch gag which pays tribute to the U.S. Women’s team and a life-size recreation of three players as Simpsons characters.

First, here’s a look at the couch gag which will open the show on May 10th.

It’s nice to see the Women’s World Cup, specifically the U.S. Women’s soccer team receiving so much attention. The Simpsons are years (if not decades) past its prime, but it’s still a major player in the entertainment scene and it’s great to see them supporting both the U.S. Women’s team and the sport of soccer.

Once upon a time, this was how the Simpsons treated soccer: