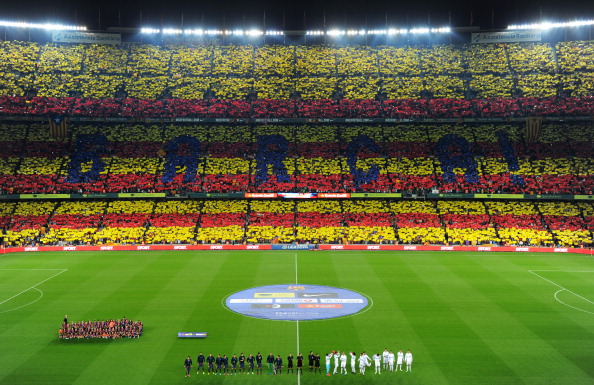 If anything in sports was deserving of a WikiLeaks-style site to leak confidential information about problematic deals, the often-shady world of international soccer seems like it. That’s what Football Leaks is doing, publishing a variety of contracts that appear to highlight problematic practices of European soccer clubs, especially as they relate to third-party ownership of players (something that’s been under fire for a long while, but was only officially banned by FIFA in May). Their documents have already caused at least one club (the Netherlands’ F.C. Twente) to be banned from European competition for three seasons and fined $49,405 USD, and they’ve created problems for many other clubs across Europe, which has led to them being described as “an international criminal organization” by a Portuguese police source in a report in Spanish newspaper AS.

Football Leaks has clearly had an effect on the world of soccer, and that seems to have prompted a backlash. They’ve written that they’ve had two previous sites shut down by complaints, as well as their cloud hosting server. Someone from Football Leaks identifying himself as “John” spoke with The New York Times for a piece by Sam Borden and James Montague that was published Tuesday, and said they’re based in Portugal but use Russian hosting services to try and avoid shutdowns:

The organizers of the site are based in Portugal, according to the person, who asked to be referred to only as John. But, he said, they have used Russian servers and domains to store information “because it’s publicly known Russian authorities rarely cooperate with Western authorities.” The initial goal for the site, John said, was to highlight improprieties among Portuguese clubs, for whom the practice of third-party ownership, or T.P.O., has long been a common way for teams to purchase high-priced players without actually having all of the necessary funds themselves. …

“This kind of secrecy about contracts and secret clauses is killing this sport,” John said.

The organizers of Football Leaks contend that they are only concerned soccer fans playing the role of watchdog, and thus object to being called hackers. For example, they do not appear to have the same concerns about protecting their online assets as similar Internet groups, using basic blogging platforms to post their documents — many of which have since been taken down by the providers — instead of more encrypted locations. While “people may think we are hackers, we are only regular computer users,” John wrote in an email to The Times.

The group declined to explain how documents are obtained, but said it has at least 300 gigabytes of information and is continuously receiving more. Simply reviewing all the material, John said, is a laborious and time-consuming process.

What’s particularly notable here is that this group might have even a more legitimate claim to media protections than Wikileaks (whose status and practices are still hotly debated). They claim they’re not hackers and are “regular computer users,” which would suggest that it’s sources sending them these documents rather than them breaking into secured databases to obtain them. Media laws vary across countries, but the U.S. in particular has long supported the publishing of classified material under certain circumstances; the Times‘ publication of the Pentagon Papers is a good case in point. Germany in the 1960s had a similar case, the Das Spiegel scandal. National defense is obviously very different from sports, but we’ve seen this in sports too, most notably with ESPN’s Adam Schefter posting a photo of Jason Pierre-Paul’s medical records this July: media can often claim protections for publishing private material, especially if they didn’t obtain that material illegally themselves. That doesn’t mean Football Leaks would necessarily be cleared by courts to publish everything they receive, especially considering that they’re publishing information from a variety of countries with a variety of media rules, but it would be a very interesting case to see, and we might just see it if police do try to charge them.

A big question here is why sources (if it is sources sending these documents) are relying on a site that just started and is run anonymously, though. If there’s enough evidence of wrongdoing in these files (as there appears to have been in the Twente one, causing their European suspension), and if the goal is to bring those to light, why not take them to existing media outlets who could spread the message even further (and, presumably, fight claims against them in court instead of constantly relocating sites)? Also, isn’t it somewhat ironic for a transparency-promoting organization to be run so secretly? Regardless, Football Leaks appears to be providing some value to the public by pointing out these shadowy and problematic transactions, and they’ve certainly got themselves noticed. They’ll be a site to watch going forward.