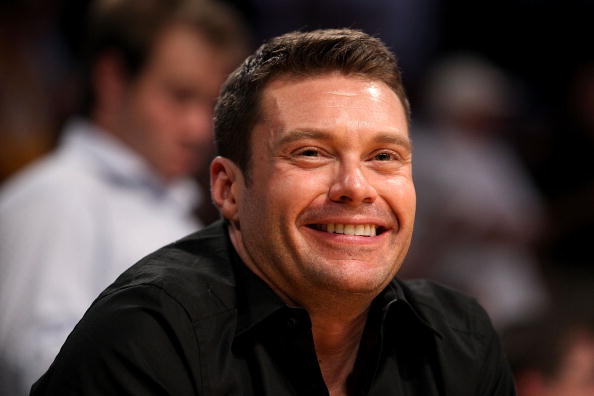 NBC’s late-night Olympics coverage will be going in a very different direction in 2016. In Sochi in 2014, their primary late-night host was Mary Carillo, who also held that role in London, Vancouver and Beijing. Next year in Rio, they’ll be going with…Ryan Seacrest?

With just under a year to go until the Opening Ceremony, NBC Olympics announced today that Ryan Seacrest will serve as host for NBC’s late night coverage of the 2016 Rio Olympic Games.

Seacrest served as a correspondent for NBC’s coverage of the 2012 London Games, which was the most-watched television event in U.S. history with more than 217 million viewers. In London, Seacrest interviewed U.S. swimmer Michael Phelps and was one of the hosts of the Closing Ceremony.

“The late night atmosphere will be electric,” said Jim Bell, Executive Producer, NBC Olympics. “And we’re thrilled to have Ryan Seacrest in the middle of it all capturing Rio’s unique flavor, talking to Olympic athletes, and telling the stories of the day.”

“Joining the NBC Olympics team at the 2012 London Games was an exhilarating experience,” said Seacrest. “I appreciate Jim Bell’s confidence, along with everyone at NBC Sports. I can’t wait to reunite with the team of broadcasters and producers for the 2016 Rio Olympics, and I look forward to hosting the live late night show.”

Ryan Seacrest is an internationally acclaimed host and producer for some of the most popular shows on broadcast and cable television, as well as on nationally-syndicated radio and local radio.

Well, “internationally-acclaimed” is one way to describe Seacrest. He’ll have big shoes to fill, too; Carillo has done a stellar job of providing the late-night shows with their own flair in over the years while also contributing features for other parts of NBC’s coverage. She has an impressive journalistic reputation for her work with NBC, with HBO’s Real Sports, with CBS, with ESPN, and with Tennis Channel, and she hasn’t lost her fastball, either, earning our pick as one of the top-10 Olympic announcers from Sochi. Thus, it seems like an odd choice to replace a well-respected sports journalist with a plethora of Olympic experience (Carillo has covered nine Olympics, first doing skiing and tennis coverage and then shifting into more of a host role in 2004) with someone who’s best known for his work on E!, American Idol, his radio hosting, and “Dick Clark’s Rockin’ New Year’s Eve with Ryan Seacrest. Even the “trying to reach a younger demographic” idea doesn’t really work here; Carillo’s 58, but Seacrest is 40, so he’s hardly someone all those kids are identifying with.

Of course, Seacrest isn’t a pure Olympic newbie; as the release mentions, he did do some work for NBC in London in 2012. However, there’s a big difference between covering the closing ceremonies and covering the actual Games. Sure, Seacrest has interviewing experience, but not typically with athletes. Does he have enough sports knowledge to pull this off?  And will he actually talk about sports, or will this be all about “capturing Rio’s unique flavor”? We’ll have to wait and find out. From the outside, though, this is a very odd direction for NBC to go in, and it deserves the criticism it’s getting.