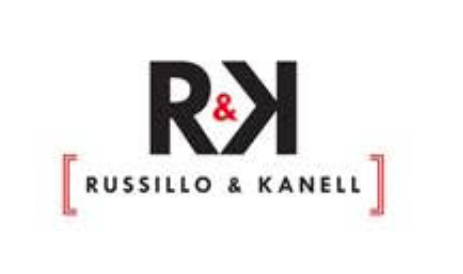 ESPN Radio has undergone a complete overhaul in the past year with an all-new weekday programming lineup after Mike & Mike.  Scott Van Pelt is doing SportsCenter, Colin Cowherd has moved to FS1, and Dan Le Batard and Bomani Jones have switched timeslots.

One of the biggest headlines though may have been who stayed – Ryen Russillo.  With all the moves around him, Russillo is now one of the faces of ESPN Radio.  And because there’s nothing en vogue like television shows of radio shows, Russillo and new co-host Danny Kanell will be seeing their new show broadcasted on ESPNEWS in full beginning next week.

The announcement from ESPN:

Russillo & Kanell, co-hosted by Ryen Russillo and Danny Kanell and broadcast daily on ESPN Radio from 1 – 4 p.m. ET, will be simulcast in full on ESPNEWS beginning Monday, Oct. 5. The show, which debuted August 31, airs Monday – Friday, and is also available nationally on ESPN Radio, espnradio.com, the ESPN app, SiriusXM, Apple iTunes, Slacker Radio and TuneIn, as well as on WatchESPN.

Russillo was named co-host of ESPN Radio’s Scott Van Pelt Show in May 2009. From June – August 2015, he hosted The Russillo Show with a group of alternating co-hosts, including Kanell. Previously, Russillo hosted ESPN Radio’s College GameDay (noon-7 p.m. Saturdays throughout the football season). Russillo joined ESPN Radio in February 2006, and hosted NBA Sunday, The Baseball Show and the NFL Draft.

Kanell joined ESPN in 2010 as a college football game and studio analyst. In addition to Russillo & Kanell, he hosts a variety of college football studio programming Thursdays-Saturdays during the season. Prior to joining ESPN, Kanell was an NFL and college football analyst for WQAM Miami and CBS4 Miami. After playing quarterback at Florida State for four years, Kanell was drafted by the New York Giants in 1996. He also played for the Atlanta Falcons and the Denver Broncos until 2004.

It’s a good sign from Bristol that the new pairing has the full support of management.  The fact of the matter is that on ESPNEWS they’re not going to get preempted like they would on the other members of the family of networks (if Fox Sports had an FSNews channel Mike Francesa might still be on the air) so it’ll give them a chance to solidify the timeslot on radio and TV.  It’ll be interesting to see if Russillo and Kanell can find the chemistry and the audience to become one of ESPN’s longstanding partnerships like Mike & Mike or whether it becomes another transitional phase for the self-proclaimed worldwide leader.