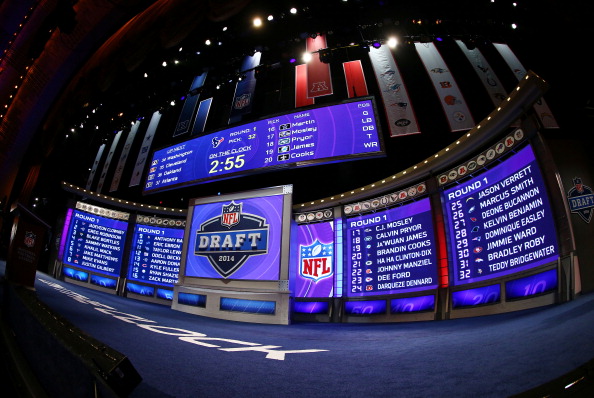 With the Johnny Manziel effect no longer in play this year, ESPN’s ratings for Round 1 of the NFL draft Thursday night sunk a little compared to in 2014. Overall, though, it still marked the second highest combined total viewership for the opening round.

But it became evident as the draft dragged on over the course of the next two days that even the almighty NFL couldn’t continue to dominate sports television on what was arguably the biggest sports weekend of the year.

On Saturday, the Kentucky Derby drew its best rating since 1992, while a record audience bought the Mayweather-Pacquiao fight on pay-per-view. Those events conspired with a Game 7 between the San Antonio Spurs and Los Angeles Clippers to put the latter rounds of the draft on the backburner for most sports fans.

That’s why, according to Sports Media Watch, this was ESPN’s least-watched draft since 2012.

Specifically, viewership for Rounds 2 and 3 on Friday was down 20 percent from last year, while Saturday’s numbers plummeted 30 percent. Last year, the draft didn’t compete with the Kentucky Derby and Michael Sam was a fairly big draw on Day 3. This year, there was the Derby and two big events in the evening. Those weren’t running directly against the draft, but it looks as though a lot of people picked their TV spots as they weighed when to grab the remote on what was a really nice day in most of the country.