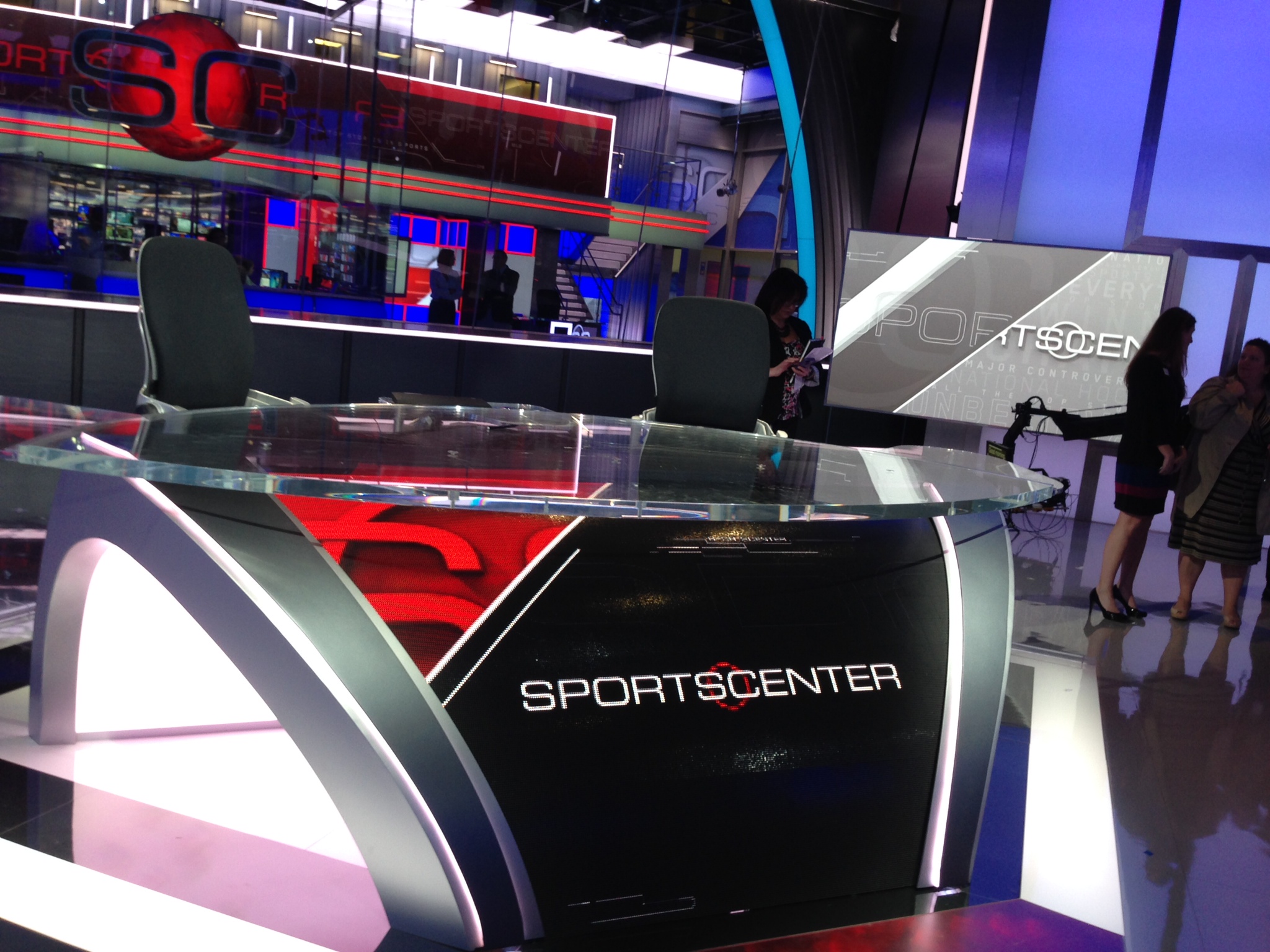 Earlier this week we spoke with the author of Those Guys Have All The Fun, Jim Miller, regarding the news that he was writing a screenplay for the movie adaptation of the oral history.  Miller has been coy about which era of ESPN’s 35+ year history would make it to the silver screen.  Given there’s so many important moments and interesting stories from the goings on within Bristol, we sat our staff down at our virtual roundtable to share what we’d most like to see…

Ken Fang: I want to see the movie depict the women’s revolt led by Karie Ross. Both Mike Freeman and James Andrew Miller wrote about that incident in their books. It’s said that led to a turning point at ESPN. I would love to see that in the movie. It probably won’t make it into the first draft, but I want to see it.

Andrew Bucholtz: I would love to see the origins of ESPN covered thoroughly.‎ It’s amazing that Bill Rasmussen ever got the network off the ground, and given the initial local plans, it’s amazing that it wound up turning into a national behemoth. The early days of ESPN have a lot of elements of “The Social Network” long before Facebook was a thing, but few really know about the company’s early history. It would be fascinating to explore that starting point and provide context for the Worldwide Leader’s rise.

Matt Yoder: Let me try to say this as nicely as possible – in its present state, ESPN is tough to root for.  They’re the Yankees, the Cowboys, the Lakers, and Manchester United combined.  It wasn’t always that way, though.  As possible as it is to believe, ESPN was once the underdog.  And for this movie to succeed and reach beyond sports fans, there has to be someone or some thing worth rooting for that can tell that underdog story.  I think that someone is former ESPN President George Bodenheimer.  He went from working in the mail room in the earliest days of this cable sports upstart to becoming the president of a billion dollar corporation!  If that isn’t the ultimate tale of living out the American dream, what is?  And best yet, given Bodenheimer is an ESPN lifer, you can tell the story of ESPN’s rise to becoming a global colossus through his remarkable journey.

Ian Casselberry: I’d enjoy seeing the Rush Limbaugh hiring-and-firing depicted in the movie. I don’t know if that’s the exact tipping point for ESPN’s downfall (if that’s even the right word) among hardcore sports fans, but it seems like a pivotal moment in the network’s decision to reach to a wider audience beyond sports — and doing so on a pregame show directed at the diehard NFL fan. Mostly, I want to see the look on Tom Jackson’s face dramatized, with hopefully some behind-the-scenes drama to go with it.

David Rogers: I’ll echo Andrew’s ideas. I want to see and learn more about the origin story. ESPN in its current form (sports juggernaut) is something we’re maybe all a little too familiar with. It’d be pretty interesting to see how things went back in the early days when ESPN was trying to break through. Hearing how companies got by and what sacrifices people made when large companies were in their infancy are fascinating. Let’s see how and why ESPN expanded and what it took to take a small entity into the beast it is today.

Josh Gold-Smith: I’m looking forward to seeing how they take on the early days of SportsCenter. The off-screen dynamic between Dan Patrick and Keith Olbermann, the rise of Stuart Scott and the endearing wackiness of Craig Kilborn are all subjects that would translate well to the screen. The show was a launching pad for so much talent, it was the sports equivalent of SNL or The Daily Show. We know that, but seeing how it became that breeding ground essentially overnight would lend itself well to the medium. I’m also interested in the editorial decisions they made early on, and the struggle between being a news outlet and an entertainment network. That’s pretty well documented now, but in the early days, the show seemed to be flashier and more experimental, which is interesting because it’s not like they had nothing to lose. They had everything to lose before the network became the behemoth it is now. This is all just making me realize how much I miss Sports Night.

Joe Lucia: The Berman-Kornheiser confrontation brought me plenty of glee, and is something I’d like to see acted out by a pair of C-list, balding actors.

Jonathan Biles: I think this could — and maybe should — be multiple movies. But the story line that interests me most is how Bill Rasmussen got ESPN off the ground and his dealings with Stu Evey and Getty Oil. The movie should show how the network secured live rights and got into people’s homes, how it made editorial decisions and how it started to be taken seriously. It’s an amazing story of business in general and the foresight that the founders and early executives had would make for an interesting movie.

Matt Verderame: I’d like to see the rise of the station more than anything, especially featuring Rasmussen and Ivey. Other than that, the rise of Stuart Scott and how he changed the way sports are delivered on nightly basis is massive.

Ben Koo: Retracing the book, I am in deep agreement with my esteemed colleagues that the early days make for much more compelling narratives and characters. I think in particular, Stu Evey sounds like a larger than life character and I think people will enjoy the story of the Rasmussen’s who got the ball rolling but never got to see it roll downhill. Beyond that I would have loved to have been a fly on the wall at the meeting when ESPN changed the cable business as we know it by making it a dual revenue stream. Getting NFL rights and John Walsh’s hiring and subsequent changes also I think would also be great secondary plot-lines and take place in the 80’s as well. If I’m Jim Miller, perhaps the ESPN2 launch party is the backdrop of the movie with the various stories up until that point being nostalgically retold and revisited.