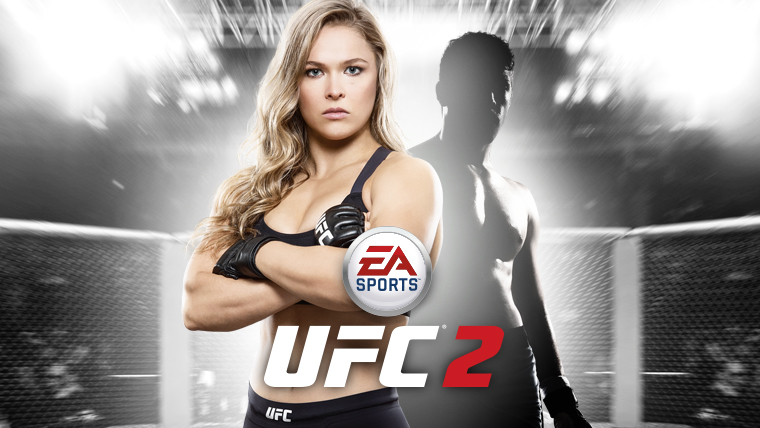 Let’s be honest, if you aren’t an MMA fan, can you even name a fighter other than Ronda Rousey? There are some notable names—and a ton of wonderfully skilled fighters—in UFC, but the crossover appeal Rousey has is unlike almost any other fighter in UFC history.

Rousey is 12-0 in career fights in UFC, going for her 13th straight victory this Saturday as the headliner against former boxer Holly Holm in UFC 193. In advance of the fight, EA Sports announced on Friday that Rousey will serve as the cover athlete for the upcoming UFC2 title for Xbox One and PS4.

“As a gamer myself,” Rousey said in the EA sizzle reel for the new game, “and growing up a little overly obsessed with video games, it’s pretty surreal to be on the cover of a game, myself.

“To have a woman on the cover of a UFC game,” Rousey continued, “it shows a lot of progress.”

EA Sports will be releasing the title in Spring 2016, and teased on its website that Rousey won’t be the only athlete on the cover.

Ronda has been the driving force behind the growing popularity of women’s MMA and is paving the way for other young fighters in the women’s division. She is an elite athlete, model and movie star who truly transcends the sports world.

Stay tuned for details on who will join Ronda Rousey on the cover of EA SPORTS UFC 2.

EA Sports’ first UFC title featured eight women’s competitors in the bantamweight division. This release boasts the “largest roster ever” with more fighters than the first. It will be interesting to see how many female fighters make the game. It is worth noting that EA Sports has already announced that for the first time in a UFC game, users will be able to create a female fighter in career mode.

By comparison, EA Sports included women’s soccer players in FIFA for the first time this year, but those players are only available on a very limited scale compared to the men’s players. Given the dominance of men in UFC, it’s understandable if the balance in number is similar, but giving more control to users wanting to play with female characters is a huge step forward in the gaming world. Rousey’s celebrity and crossover appeal, anything seems possible.