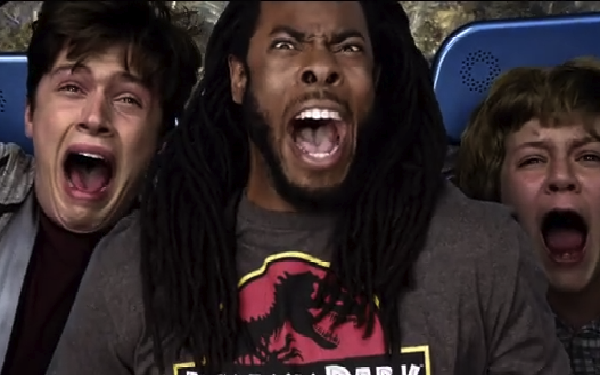 For seemingly no reason, in the middle of the championship rounds for both the NBA and NHL and a week out from golf’s United States national championship, Media Darling of the NFL Richard Sherman proclaimed that football players have to be the most mentally prepared. How interesting!

I’m more convinced than ever that NO athletes have to be more mentally prepared than football players. Back me up 12’s!

I took the bait on my radio show, as did tons of others media types on Twitter and on their respective blogs, websites and talk shows. The story was helped by Dale Earnhardt, Jr.’s reply to Sherman, suggesting racecar drivers have to have more focus — mental preparation, if you will — than footballers.

Sure about that @RSherman_25? 43 racecar drivers at 200mph inches from each other takes it to a whole new level. https://t.co/uUBCRf5gmV

Odd that Dale Jr. would hop into that debate, but great fodder for the talk show circuit, so at it we went. What sports does need the most mental focus? It’s a great topic.

Sherman didn’t send that tweet because he actually feels that way about football players. Well, stop, okay maybe he does feel that way, but that’s not why he sent the tweet. Sherman sent the tweet because a company paid him to start the conversation. They also paid Dale Jr. to perpetuate the conversation. And they paid several other athletes and sports media personalities to add to the dialog, all with the payoff of sending folks to HeadTrainer.com.

From Darren Rovell at ESPN.com:

[A] company called HeadTrainer is unveiling an app for Apple and android systems that is the first sports based app and offers to train the brain in the areas of focus and concentration, visual and spatial awareness, processing speed, memory and decision making.

Rovell reported that athletes including Sherman, Earnhardt, Jose Bautista, Rickie Fowler and Alex Morgan are all part of the promotion.

Hey @RSherman_25 I have less than half a second to make a decision. Have to lock in. Baseball fans back me up.
https://t.co/WafpvQeFWB

Can we get golf thrown into the mix here @RSherman_25?? #MentalGame http://t.co/STcpHd5p6t

Sherman wrote a post about it on his personal website, calling it an “Interesting Topic of Conversation.”

Sherman also included tweets from Caroline Wozniacki, Graeme McDowell and MMA fighter Sean Soriano all having a seemingly natural and jovial debate about which sport needs the most mental preparation.

Hey @RSherman_25 & @JoeyBats19! Tennis players have to be mentally strong out on the court ALONE. Right tennis fans? https://t.co/YlO4zL7Zqz

It was even more interesting that former athletes turned high-profile analysts at ESPN Jay Bilas and Kirk Herbstreit joined in on the conversation too.

While Rovell did not mention either of his colleagues at ESPN in his story, the ESPN.com piece did mention, “The HeadTrainer app is free to download, but offers a $4.99 monthly subscription to do more advanced training. And then this, again via ESPN.com:

Athletes who are putting their name behind the app have been compensated both in cash and an equity stake in the company.

Well how about that! You mean to say that these high level athletes weren’t just having an interesting conversation about mental prowess for the convivial nature of spirited debate? It wasn’t just an “interesting topic of conversation” after all.

@RSherman_25 I would go with basketball players. They have to play offense AND defense, with no pads or committee meetings between plays!

With all due respect, a bowl of cold noodles would be an interesting topic of conversation if someone paid you enough.

The issue is that all of these athletes — and two high profile media analysts at ESPN — had these conversations on Twitter without explaining the nature of their relationship with this HeadTrainer app.

.@RSherman_25 kicked off the conversation. His follow up gets to the point. #TeamHeadTrainer #TrainSmartPlaySmart http://t.co/uapbN7LWyv

Now, merely having a conversation about mental preparation in sports isn’t wrong. The bait-and-switch is quite solid marketing, getting the world talking about a topic before sliding in a day or two later with a link to this neat new app you’re helping to launch that—well how about that—helps prepare athletes mentally!

There’s nothing wrong with any of this, as disingenuous as it seems. Until all of these athletes and media types started linking directly to the app’s website without disclosing they are paid endorsers, as Rovell’s article states. I reached out to Rovell to ask if he had a stake in the company and he said he did not, asking if I thought he would ever write about a product if he did. While I do think Rovell is above that from a journalistic standpoint, I was surprised he did not disclose that Bilas and Herbstreit were being compensated along with the athletes he did name.

And that’s where this all gets a little fishy. Bilas, an attorney, should probably know that in 2013 the FTC put rules in place for endorsers to disclose their affiliations in tweets. When Sherman started the conversation and his also-paid-for-this athlete friends continued it, no FTC rules were being broken. When HeadTrainer put out a tweet to send people to Sherman’s website, no rules were broken either.

When Sherman wrote about that “interesting topic of conversation,” however, he failed to disclose in the article where he links directly to HeadTrainer that he was a paid endorser. That is likely an FTC violation, though Sherman can make the case his personal site is not an actual media blog, despite using the word ‘blog’ in the menu bar.

Bilas, however, should have known better than to retweet Rovell’s link without disclosing he is a paid endorser. So should Herbstreit (Note: a company spokesperson confirmed both are paid endorsers.)

Per the FTC website, that’s not right. See here, for example, at ftc.gov:

A famous athlete has thousands of followers on Twitter and is well-known as a spokesperson for a particular product. Does he have to disclose that he’s being paid every time he tweets about the product?

It depends on whether his followers understand that he’s being paid to endorse that product. If they know he’s a paid endorser, no disclosure is needed. But if a significant portion of his followers don’t know that, the relationship should be disclosed. Determining whether followers are aware of a relationship could be tricky in many cases, so we recommend disclosure.

There’s also this, which makes the case pretty clearly:

If you write about how much you like something you bought on your own and you’re not being rewarded, you don’t have to worry. However, if you’re doing it as part of a sponsored campaign or you’re being compensated – for example, getting a discount on a future purchase or being entered into a sweepstakes for a significant prize – then a disclosure is appropriate.

Now we're talkin @RSherman_25. Glad to be a part of #TeamHeadTrainer. Gonna be fun. https://t.co/GSNOoXnY5n https://t.co/aXn8SCuRRt

Oh, and then there’s this, which is really just the FTC trolling people at this point:

What about a platform like Twitter? How can I make a disclosure when my message is limited to 140 characters?

The FTC isn’t mandating the specific wording of disclosures. However, the same general principle – that people get the information they need to evaluate sponsored statements – applies across the board, regardless of the advertising medium. The words “Sponsored” and “Promotion” use only 9 characters. “Paid ad” only uses 7 characters. Starting a tweet with “Ad:” or “#ad” – which takes only 3 characters – would likely be effective.

You can read more about this elsewhere at the FTC.gov site if so inclined.

If you felt as duped as I did when you saw Sherman and his friends debating which athletes are the toughest mentally, you might be a little upset. I’m not THAT upset, because I talked about this story today on my show again, giving me two segments worth of content over two days—plus this article—out of a silly conversation on Twitter that’s helping to promote a new app.

So it’s not like I’d be on the phone with the FTC right now while I’m typing this to find out how much trouble all of these celebrity endorsers might be in for duping us with a phony conversation about mental preparation in sports. It’s not like I’d be doing that at all, especially considering a nice man named Hector might tell me that he’s not sure what the punishment would be for this and that I should contact a lawyer about it because nobody at his office would be able to tell me just how much trouble someone could be in for endorsing a product in this manner on Twitter without proper disclosure.

(Note: I was not paid by Hector to mention his name. In fact, I bet he’d be pretty upset that I did. I was also not paid by any other app, athlete or media type other than those who pay me here to write these words. Oh no, I’ve said too much. Or perhaps not enough. I’m so sorry, Hector.)