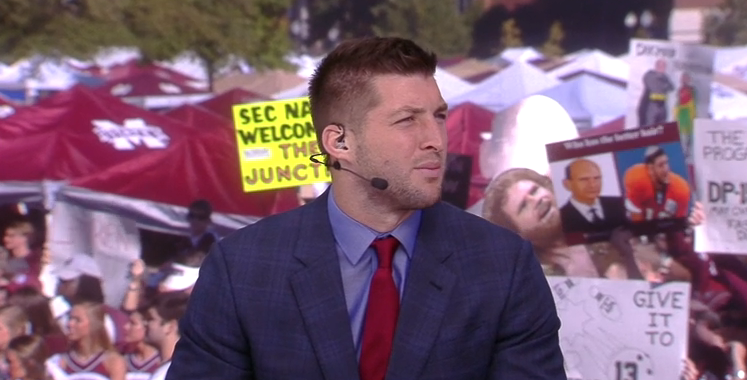 The saga of Tim Tebow never ends. Tebow, 27, has not played an NFL snap since the 2013 preseason with the New England Patriots. Yet, Tebow is hoping to make a return to professional football, according to Ben Volin of the Boston Globe.  Since being cut in training camp by New England, Tebow has become a very successful ESPN college football analyst, prominently featured during the College Football Playoffs in January.

Tebow has reportedly been working with Tom House, who is a former Major League Baseball pitcher known for his work both with hurlers and quarterbacks. House says Tebow is throwing more spirals and is exceedingly more accurate. There have been rumors that Tebow will be a participant at the NFL Veterans Combine on March 22 in Phoenix, Ariz., although no confirmation has been given, per Volin.

In all reality, the chances are slim and none Tebow makes an NFL roster. Last year, Drew Stanton of the Arizona Cardinals was the most inaccurate passer of any qualifying quarterback at 55.0 percent. Tebow’s career completion percentage is 47.9. Tebow is an incredible athlete, but the arm talent simply is not there, and was never there.

It would likely be best for Tebow long-term to stay with ESPN. By all indications, the network loves him and he was a pleasant surprise on television. Tebow understands football and can break down the game, all while keeping the casual fan intrigued. It sounds simple, but most analysts prove it is not on a minute-by-minute basis.