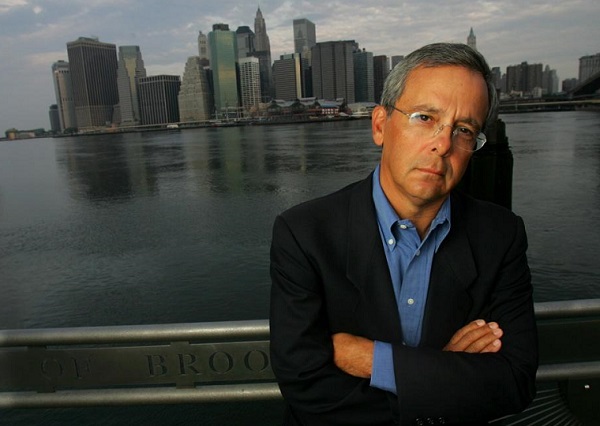 Mike Lupica appears to be out at the New York Daily News. That’s according to a report by POLITICO Media’s Joe Pompeo, who named the sports columnist as the biggest name among the round of layoffs the paper was enacting on Wednesday.

Initially, it was reported that Lupica essentially had a “target on his back,” as one of the Daily News‘ highest-paid staffers. Sources later told Pompeo that management and Lupica were unable to reach terms on a new contract, presumably one that would have cut his salary significantly. Sports editor Teri Thompson is also among those who have been laid off.

Lupica had been with the Daily News for nearly 40 years, since 1977. At the time he joined the paper, he was the youngest writer to ever have a sports column at a New York newspaper. For that reason alone, Lupica’s layoff would be huge media news. With that tenure, he can rightly be considered a New York sports institution. Just last year, the Daily News named him as one of the 50 most powerful people in New York sports (ranking him No. 21), something that must now seem bitterly ironic.

But considering Lupica has a much larger profile due to his appearances on ESPN’s The Sports Reporters — on which he’s been a panelist and commentator for 15 years — and reaching out to a larger audience by becoming a prolific author of young adult sports-themed novels, this is arguably an even bigger story.

Combined with losing his afternoon radio show on ESPN New York 98.7 last month, this has not been a good few weeks for Lupica. His show, which broadcast from 1 to 3 p.m., was getting trounced in local ratings by Mike Francesa’s program on WFAN and ESPN decided to pull him off the air in late August.

Despite a growing digital audience, the Daily News has been losing massive amounts of money in recent years, reportedly between $20 million and $30 million per year. That led owner Mort Zuckerman to put the paper up for sale. But in six months on the market, no serious buyers emerged and Zuckerman took the paper (and its New Jersey printing plant) off the selling block. In light of that, he’s had to make significant cuts in an effort to keep the publication afloat.

Where could Lupica end up next? Could he land at another New York paper? Even so, he would almost certainly have to take a pay cut. What about ESPN New York, given his connection to the company? Of course, ESPN is in the business of cutting costs right now, so adding someone like Lupica might not fall in line with those plans.

Might starting up his own website be a possibility? Lupica has the name recognition for such a venture, at least in New York. But finding advertisers and investors for that kind of endeavor, along with whatever staff such a publication would require, is a far different job than writing opinions and commentary.

UPDATE: As mentioned in the comments, Lupica wasn’t the only sportswriter dismissed from the Daily News on Wednesday. According to the New York Post, Bill Madden, Filip Bondy and Hank Gola were also among the layoffs. Bondy and Gola confirmed the firings on Twitter.

Just got laid off from a job for the first time since I was 17 years old. That's a pretty good run…

After 22 yrs at the NYDN, I have been let go. Will survive but will dearly miss my pals. And I was off to such a hot start with my picks.