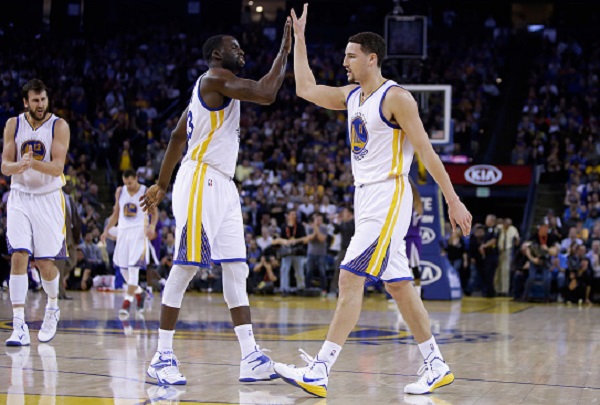 The Golden State Warriors have the best record in the National Basketball Association at 42-9. For the better part of two decades, Golden State has been a franchise where dreams went to die and winning had no place. The turmoil was so bad that when Chris Mullin had his number retired in March 2012, owner Joe Lacob was loudly booed.

Fast forward three years, and both team and market are thriving. For the 2014-15 campaign, ratings are up 18 percent over last year on CSN Bay Area for Warriors games, per Jay De La Cruz. The average rating is a 3.81, equivalent to 94,303 households in the San Francisco DMA. The station is seeing consistency out of the fan base, with 45 of the 48 games televised on CSN Bay Area ranking either first, second or third in average households during the time period.

The ratings peaked on Dec. 10 when the Houston Rockets took on Golden State, resulting in a 6.43 household rating. To date, it is the highest-rated regular-season Warriors game in CSN Bay Area history.

It is not only the games which are seeing massive improvements in ratings. The pregame show, Warriors Pregame Live, is up 20 percent from last year while the postgame, Warriors Postgame Live, has seen a 16 percent increase. Overall, the demographic showing the biggest jump in interest is adults 25-54, with numbers climbing by 40 percent.

The Warriors’ local television success is akin to what’s happening in Atlanta with the Hawks. It’s a simple equation If you win, fans will tune in. And if you win a lot, fans will watch in record numbers.

Considering the entertainment value of Golden State with Klay Thompson and Stephen Curry blowing out scoreboard bulbs every night, the ratings should only improve with the season wearing on. The playoffs are a given but the Warriors could also attain the top seed in the Western Conference playoffs. The fans are starved for a title, with the last Golden State championship coming in 1975.