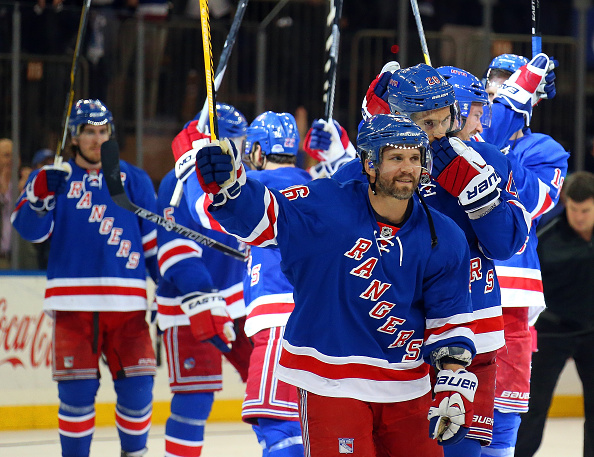 The Game 7 matchup between the New York Rangers and Washington Capitals was a smash hit for NBCSN, drawing a 2.3 overnight rating on Wednesday.

That 2.3 is the third-best non-Stanley Cup Final overnight ever for the network, which is pretty ridiculous given that we’re only in the second round of the playoffs *and* that the game overlapped with Game 5 of Wizards-Hawks on TNT.

In both local markets, the game drew record-setting overnights – a 9.3 in New York (which is absurd, given the size of the market) and a 7.9 in DC.

New York and Washington both delivered their best NHL ratings ever on @NBCSN with a 9.3 and 7.9, respectively

NBC could end up in a good position with this year’s Conference Finals and Stanley Cup Final because of the results of this year’s NBA playoffs. The Bulls’ elimination by the Cavaliers on Thursday leaves the Blackhawks as Chicago’s lone team still standing. The Rockets improbably dragged the Clippers to a Game 7 on Thursday, and one more Rockets win means that the Ducks would be the only Southern California team left in either league’s playoffs.

The only local competition that the Rangers and Lightning will be facing will be the Yankees, Mets, and Rays, and those three teams only have three exclusive nationally televised games over the rest of the month.