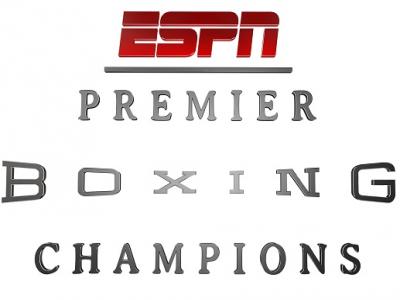 The many eulogies for boxing we’ve seen over the past few years appear to have been premature, and not just thanks to the record-breaking success of May’s long-awaited Floyd Mayweather-Manny Pacquiao bout. A more telling indicator of the overall success of the sport is how it does when Mayweather isn’t fighting, and a lot of the news on that front has been positive. The most recent good news for boxing? The inaugural Premier Boxing Champions (PBC) on ESPN card Saturday drew an overall average of 800,000 viewers. That’s a 110 per cent boost over the average of 381,000 pulled in by ESPN’s previous boxing series, Friday Night Fights, in 2015. Those numbers (and the peak of one million viewers for the main welterweight championship bout between Keith Thurman and Luis Collazo ) suggest ESPN’s multi-year deal with PBC (just one of the multiple TV deals PBC has; they also have deals with NBC, CBS and Spike) may work well for both parties, and that boxing still has a significant audience. However, there are some ongoing questions about the PBC setup, and if it can survive for the long term.

It’s worth noting that these ratings, while good by ESPN boxing standards, are far from dominant by PBC standards. March’s PBC debut on NBC averaged 3.4 million viewers, and the April 11 NBC broadcast pulled in 2.88, very comparable to UFC on Fox broadcasts. The PBC on CBS ratings haven’t been as strong, with the April debut landing a 1.1 (about 1.6 million, higher than NBC’s competing NHL broadcast), and May and June events landing 1.3 million and 868,000 respectively. Network broadcasts obviously have an edge over cable, and 800,000’s quite decent for boxing on ESPN (as the contrast to the Friday Night Fights numbers shows), but it’s not a dominant cable sports event. Consider the ratings edge the NASCAR and Gold Cup broadcasts on NBCSN and Fox Sports 1 Friday had, drawing over a million viewers each, and those events weren’t even big on the scale of other ones we’ve seen. Still, these ESPN numbers are part of a great year for boxing in the ratings, even if it hasn’t been as good of a year for memorable fights.

What’s making the PBC setup work? Well, part of it is the approach. Brian Kweder, senior director of programming and acquisitions at ESPN, told Multichannel’s R. Thomas Umstead last week that the network sees PBC as a big step up from Friday Night Fights on several fronts.

“This is not Friday Night Fights that we’re delivering anymore; it’s definitely a bigger and better production. We have entered into the space that was previously the domain of the premium cable channels, so it’s important for fans to understand that we’re delivering major championship fights now and no longer dealing with young upstarts and the over the hill gang. Our telecasts will be more in line with how we treat some of the other big sports events like college football, NBA and MLB. It will be bigger and better than anything we’ve done for the sport of boxing.”

“The PBC is bringing a level of talent we’ve never seen on ESPN. Guys like Keith Thurman and Danny Garcia (scheduled to fight Paulie Malignaggi Aug. 1 on ESPN) – those guys we used to see either at very young stages of their career or when they are way over the hill. Now we’re getting these top notch boxers in their primes, which is the biggest difference.”

That does certainly help, as do the various bells and whistles PBC has added. There are questions about if this interest is sustainable, though. The overall ratings have gone down from the NBC debut (which was also notable as an event for bringing personalities like Al Michaels, Marv Albert and Sugar Ray Leonard back to boxing, and led to Bob Costas teaming up with Michaels and Albert for the first time ever on NBC’s second broadcast), and while this latest rating’s strong by ESPN boxing standards and decent by overall sports standards, it’s not huge in the grand scheme of things. It’s also notable that these aren’t done through standard rights deals; PBC organizer Al Haymon is buying time on the networks (reportedly paying NBC $20 million for 20 shows on the main network and NBCSN) and keeping a cut of the revenue. The involvement of Haymon has raised controversy as well; he’s well-known as Mayweather’s advisor, and both Golden Boy Promotions and Top Rank Promotions are suing him over the PBC series (and trying to stop the series), claiming he’s working as both a promoter and a manager for the fighters involved. From ESPN’s Dan Rafael’s piece on the most recent Top Rank suit, posted July 1:

“With the financial backing, complicity, and material assistance of Waddell & Reed and other financiers, Haymon is rigging the boxing industry so they can act as manager, promoter, sponsor, and ticket broker for nearly every major professional boxer competing in the United States, all in violation of the Muhammad Ali Boxing Reform Act, the Sherman (antitrust) Act, and a host of other state and federal laws,” the suit said. “Openly defying the statutorily-mandated ‘firewall’ between manager and promoter — two distinct professional roles that, as described at length below, serve fundamentally different purposes in the boxing industry — Haymon has leveraged his dominance in the boxing management business to injure and exclude competitors in the business of promoting professional boxing matches in the United States.”

“Al Haymon and Waddell & Reed are engaged in a sophisticated scheme to gain control of the boxing industry,” Top Rank attorney Daniel Petrocelli of O’Melveny & Myers said. “As the lawsuit explains in detail, they are violating federal law, defying state regulators and absorbing significant short-term losses to drive legitimate operators out of the business.”

Haymon has denied all this and claims the lawsuits are without merit, but it looks like there may be some legal battles ahead for the PBC events. That could definitely affect the future of televised boxing. Even ignoring anything that comes from those, though, the long-term future isn’t assured. Is PBC making enough from the ad sales to offset the costs of buying time, or are those “significant short-term losses” Top Rank’s suit alleges enough to hurt this business plan in the long run? And will the ratings hold up, or will they keep dropping? For now, that’s unclear. What we do know is that boxing’s finding much more success on various broadcast and cable networks than it has in a long time. We’ll see if that will continue for the long run.