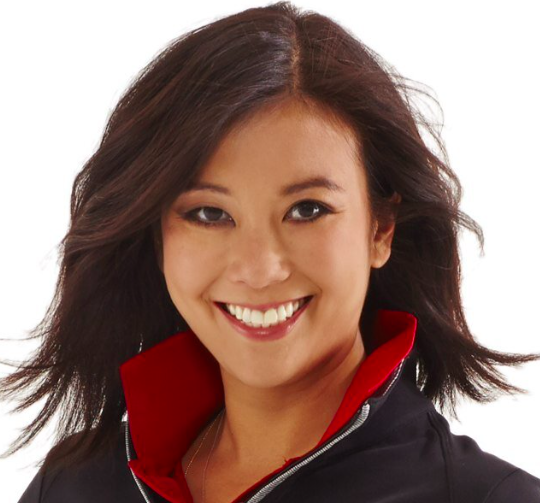 For years MLB was a thorn in the side of bloggers and fans because of their archaic video policies.  If you posted a video, or tried to embed something in your blog, you would see it taken down sooner or later.  MLB not only restricted free and open sharing of video highlights, they refused to share the videos that were on their websites.

In recent years, we’ve seen MLB relax their policies greatly to better serve fans.  Video highlights are not only more prevalent on MLB.com, they are embeddable too.  It’s led to more fan access to MLB, more videos being watched, and much more publicity for baseball.  The NBA has embraced YouTube, Vine, and any kind of new media and it’s done a lot of positives for the growth of the game not just at home, but across the globe.

This embracing of new media is a good thing… but not everybody realizes it yet.

The PGA Tour is the latest sports organization to be in the crosshairs for trying their hardest to implement a 20th century media strategy in the 21st century.  The Tour made a polarizing decision to revoke the credentials of blogger Stephanie Wei for broadcasting parts of a practice round via Periscope.

There are some that will defend the Tour’s edict by saying that Wei is a repeat offender (the Tour asked her to take down Instagram videos earlier in the year) and wasn’t following the rules that were put in place.  However, the punishment in no way fits the crime.  Removing Wei’s credentials for an entire season for an independent blog is an enormous, draconian punishment for something seemingly so minor.

And the bigger issue at hand isn’t Wei trying to embrace new media, it’s the PGA Tour’s inability to do so.

Even more concerning than Wei’s extreme punishment is the comments attempting to justify it by PGA Tour exec Ty Votaw.  He provided these remarks to Golf.com that come across as woefully out-of-touch with understanding new media and opening the door to new fans:

Says Votaw,”Who owns those rights? We do, not you. If you want access to those rights, you have to pay for it. When [Wei] posts unauthorized videos, she’s stealing. I don’t understand how you can’t get that through your head.” He makes the case that the NFL, NBA and Major League Baseball protect their rights-holders in similarly aggressive ways.

Do you realize how dictatorial that sounds?  Golf is exclusive enough on its own without tour executives screaming to anyone who could listen, “WE OWN THIS SO EITHER LEAVE OR PAY UP.”  If someone takes a picture of Jordan Spieth eating a grilled cheese sandwich does the PGA Tour expect a check?  Good grief.

For her part, in the same piece Wei gave her reasoning for Periscoping live coverage from the practice round:

“I was trying to increase fan engagement and drum up interest in the event,” Wei said. “This is a much bigger issue than just a few video clips. What this is really about is the Tour needing to modernize its policies.”

“There’s no golf on TV on Monday, and here was Jordan in a fun, unique setting,” Wei says. “All I was really thinking about was giving fans what they want to see.”

How many other organizations across the world would say no to free publicity like that?

And here’s where common sense really needs to break through.  It would be one thing if Wei was offering a live Periscope during the tournament itself and broadcasting the final pairing like a Mayweather-Pacquiao stream.  But she wasn’t.  This is a practice round we’re talking about here.  We’re talking about practice!  Unless Golf Channel is planning to air every shot of every practice round and every stroke on the putting green, is Wei’s Periscope really that big of a threat?  Will the entire PGA ecosystem collapse because a golf blogger streamed an approach shot during a practice round?

The way the PGA Tour makes it sound, that answer is yes.  Alan Shipnuck summarized the dilemma here so well at Golf.com, and it’s this paragraph that really stands out… not just for the reasoning, but for Votaw’s apparent paranoia (bold emphasis added):

The comparison fails in one crucial way: when a baseball or basketball of football game is televised viewers get to see every second of the action, always. Golf tournaments feature up to 156 players with tee times spread across five or six or seven hours on four separate days, on a playing field of 150 or so acres. Only a tiny fraction of the action is ever shown on television. Reporters on the scene can fill in some of the gaps with their words, but the ability to post short videos—and offer play-by-play on social media, also verboten by Tour rules—would be a boon to otherwise disenfranchised fans. Votaw is unmoved. “A media credential is a privilege, not a right,” he says. “You’re invited by us, and the role of the reporter is to cover the sport in a manner consistent with the media regulations you agree to.” He went on to question my impartiality in reporting on this matter.

Forgetting the PGA Tour’s punishment of Wei, or their conspiracy-theory-laden suspicion of any golf reporter that addresses the topic for a moment, this is the real crux of the issue: the PGA Tour’s restrictive approach to new media hurts fans.  At the end of the day, the fans are the ones denied access to their favorite golfers and denied content that fans of other sports happily receive through PGA Tour policies.

If we’re truly living in an age of social media where the vast majority of organizations embrace the free flow of information, being stuck in the past is a failing strategy.  If the PGA Tour doesn’t reverse their media policies and their understanding of new media, they’re sending the message that they aren’t working in the best interest of golf fans.  And they’ll be sending the message that they’re stuck in a past era, while sports fans move on without them.