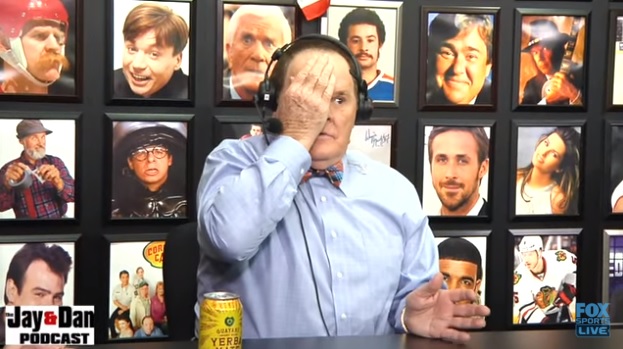 Pete Rose has a reputation of being one of baseball’s most intelligent minds when it comes to hitting, and at times, he’s shown off that knowledge during Fox’s MLB coverage.

Rose was a guest on Fox’s Jay & Dan Podcast this week, and told a story about a catcher trying to play mind games with him.

None of the facts that Rose brought up in this story mesh with reality.

In the story, Rose said that he was playing the Phillies at Connie Mack Stadium, Gene Mauch was the club’s manager, and Mike Ryan was the catcher. With those facts, we can determine when the story took place.

Thanks to the magic of Baseball-Reference, we can easily comb through years upon years of data and thousands of historical box scores in an attempt to find this actual situation.

The Phillies hosted the Reds just three times over the first 54 games of the 1968 season. The Reds won one game 5-4, won a second game 5-3, and lost the third game 12-0. Ryan only played in one of those three games (the 5-4 Reds win), coming in as a defensive replacement in the ninth inning. Rose walked. He had just one hit in that game, a seventh inning single that moved Bob Johnson from first to second.

Alright, so maybe Rose was mistaken about Mauch managing the Phillies at the time. But he did seem very confident about describing exactly what happened at Connie Mack Stadium, so let’s assume that’s true. We’ll lengthen the window to the 1970 season.

In addition to the one game we already mentioned from 1968 that Ryan and Rose both played in, there were three more games that year that featured both players at Connie Mack. The Phillies won all three of those games. On August 30th, they won 7-4 with Rose going 2/5. He didn’t drive in any runs, and grounded out in the ninth inning. On August 31st, the Phillies won 3-2 in walk off fashion. Rose went 2/4, didn’t drive in any runs, and his last at bat was a fly out in the eighth inning. But in the sixth, Rose tripled to right field with one out. He didn’t drive anyone in, and ended up scoring the tying run instead of driving in the winning run… but the play is close to what he’s describing? On September 1st, the Phillies won 4-3 and Rose went 1/3 without driving in a run. His last plate appearance was an eighth inning walk.

Alright, so it probably didn’t happen in 1968. What about 1969? Six games fit our criteria (Connie Mack Stadium, Rose and Ryan both playing). The Reds won 6-4 on May 13th and Rose didn’t have a hit, but he did hit a ninth inning sacrifice fly to increase Cincinnati’s lead to 6-4. The Reds won 4-2 on May 14th, Rose went 2/5, and his second hit was an RBI single in that second inning that tied the game at two. Probably not the game in question. The Phillies won 7-0 on May 15th and Rose went hitless.

On August 1st, Rose went 1/5 in a 7-6 Reds win and his lone hit came in the second inning. On August 2nd, the Phillies won 5-3 and Rose went 0/4. On August 3rd, Cincinnati won a wild 19-17 game and Rose went 3/4 with three walks. he walked in the seventh and ninth innings, and hit a three-run homer in the fifth inning that increased Cincinnati’s lead to 16-9. No late game heroics here!

1970 is a non-starter because Ryan played zero games at home for the Phillies against the Reds. Rose only drove in one run in that year at Connie Mack anyway, and that came on an eighth inning single with the Reds leading 5-1 on June 14th.

OK, this is looking less and less likely. Maybe Ryan wasn’t the catcher, but Mauch *was* the manager? That unfortunately widens our window from 1963 to early 1968, so there are plenty of line scores to plow through here.

The Reds won four games in Philadelphia in 1963. On June 8th, Rose went 0/4 in a 1-0 win. On June 9th, he went 3/4 with two RBI in a 3-1 win. Eh? Could this be it? Well, he drove one run in on a sacrifice fly to left in the third inning, and drove the second run in on an inside the park homer in the sixth. Doesn’t look like what we’re thinking here. The Reds won 6-4 on August 6th and Rose went 2/6 with two RBI…courtesy of a fifth inning two-run homer with no score in the game. He also tripled to left in the ninth and scored the game-tying run. Rose went 2/4 with an RBI on August 8th, but that run was driven in with a double in the seventh inning of a 4-0 game.

In 1964, the Reds won six games in Philly. Rose drove in a run in just one of those six games, courtesy of a game-tying RBI single to center in the seventh inning on September 23rd. The final score was 6-4.

In 1966, the Reds won just three times in Philadelphia, and Rose had a hit in just one of those games. He went 2/5 with a fifth inning RBI single on April 16th in a game that ended 4-0 in favor of the Reds.

And that brings us back to 1968, where this whole stupid exercise began. We already looked at four of the nine games between the teams in Philadelphia, but Rose actually drove in zero runs in total over all of the nine games.

Long story short (too late), it really doesn’t look like this story happened at all. Too many of the factors just weren’t aligned at the same time. The August 21st, 1965 game could have been what Rose was thinking of – it was a 2-1 Reds win at Connie Mack, Rose had an RBI double in the late innings, and Mauch was managing the Phillies. But the hit didn’t win the game and Ryan was nowhere to be found, deep sixing a couple of Rose’s finely crafted details.

This may seem like a massive damnation of Rose, and to an extent, it is. But more than anything, it’s a reminder that athletes who transition into broadcasting roles often tell tall tales and pump up their reputations more than necessary. Maybe the situation Rose described did happen, but he misremembered some details. Maybe it happened in a much lesser form, and he puffed some of the details. Maybe it was a complete and utter lie that he told to sound more interesting. Whatever the case, just remember – the athlete analysts don’t have photographic memories.