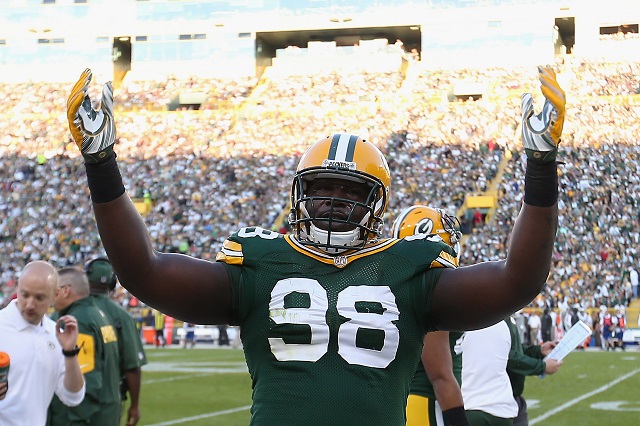 A professional football team overlooking a player’s off-the-field or character issues in favor of his performance isn’t exactly shocking news these days. But if a particular franchise has chosen to look the other way, that becomes more difficult when a news organization brings a player’s offenses to light and reports those legal issues.

Milwaukee Journal-Sentinel reporter Michael Cohen co-wrote a story on Green Bay Packers defensive lineman Letroy Guion and his several run-ins with the law, which included felony charges for marijuana possession and criminal charges for having a gun, stalking and domestic violence during the past six years.

Letroy Guion has a little-known history of domestic violence, but the #Packers signed him anyway. Our investigation: https://t.co/4lDLQ7IHRF

Cohen’s Journal-Sentinel colleague Bob McGinn subsequently wrote a feature on the Packers overlooking character and legal issues with their players in recent years, criticizing the team for a win-at-all-costs approach. Coach Mike McCarthy and GM Ted Thompson refused to comment on the Guion piece. But within McGinn’s article, he recounts an incident between Cohen and a Packers employee on the sidelines at practice last week in which it certainly appears that there was an attempt to intimidate the reporter for what he wrote.

“On Monday afternoon, the Journal Sentinel’s Michael Cohen, one of the two writers on the Guion story, was on the sidelines covering practice. Rob Davis, the team’s director of player engagement since 2008, continually gestured and stared in Cohen’s direction.

When Cohen was looking down at his roster taking player attendance, Davis came over and placed his head about a foot from Cohen’s head. Startled, Cohen introduced himself to Davis and extended his hand.

‘No, we haven’t met,’ said Davis, refusing to shake Cohen’s hand. ‘And I don’t want to know you.’

Later, Davis told me he confused Cohen with another reporter. That’s a reporter he has known for about 20 years and outweighs Cohen by at least 50 pounds.

So maybe Davis confused Cohen with a player and tried to engage him, since his job is director of player engagement? No, probably not. McGinn went on to explain that Davis was a former bouncer for Dennis Rodman and is one of the first officials Packers players, along with their wives and girlfriends, contact regarding a variety of issues when necessary.

Attempting to bully a reporter for a story he or she wrote, whether by covert or direct means, is obviously a major concern, and if Packers management is aware of such tactics, it’s even more outrageous. Maybe Davis went rogue on behalf of the players he’s often asked to help out. But taking issue with an article and having a discussion about that is far different than trying to intimidate someone doing his job. This is ugly behavior.

Cohen isn’t employed by the Packers; he works for a local newspaper, and that doesn’t involve simply creating propaganda for a team and its players. Unfortunately, teams such as the Packers apparently still don’t understand that.