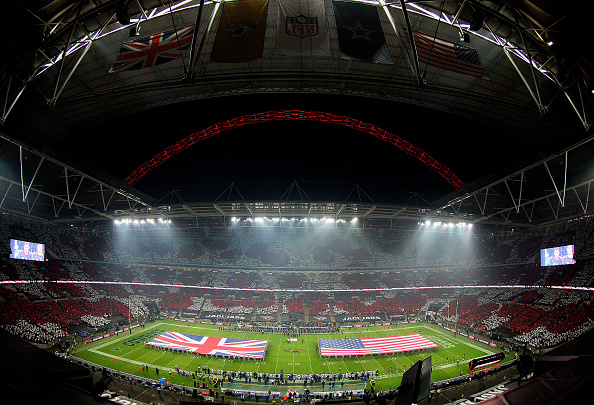 London, London, London. The NFL has bombarded us for nearly a decade with an ever-increasing fascination with overseas football. Story after story about the London games celebrates the league’s interest level and growing popularity overseas.

Just look at some of these headlines.

There have been some negative stories, sure, but the overwhelming spin by the NFL has been to sell London as a huge success. Take this delicious public relations sandwich, served on a silver platter in the above link from the Star-Telegram:

Television ratings have shown substantial growth in the UK since 2006, with Sunday viewership of NFL games doubling and the Super Bowl audience having increased 75 percent.

Participation in amateur football in the UK has risen since the start of the International Series by approximately 15 percent per year.

That is a very large percentage to increase every year, but how many people is that, really?

There are 64 million people in the United Kingdom. According to a 2014 article by the University of Warwick’s student newspaper promoting a similar increase in interest for the NFL, the number of people playing American football in the UK is growing, but from nearly nothing:

The sport has already made its impact on Britain’s sports fields, with American football participation at amateur level increasing by an average of about 13% per year since 2007.

Whilst a national weekly participation level of 30,000 is evidently a far cry from levels recorded in the more well-established sports, it is on a marked rise, with more than 70 British universities now laying claim to a fully-kitted American football team and many seven-a-side ‘flag’ (non contact) youth teams cropping up across the country.

The NFL doesn’t hide from the low numbers, stating that in a recent article on its own website about London that, “40,000 people age 16 or older play regularly.” Bully for the NFL that the British exposure is leading to more people playing the game in organized situations, but it’s a bit ridiculous to tout a “15 percent increase” in participation when the total number of people participating is less than half what can fill Wembley Stadium for one NFL game, and less than .05 percent of the population of the entire United Kingdom.

The truth is, expansion into England is nothing more than a convenient bonus for the NFL. The real reason for expanding into London is to expand in the United States.

Do you think if the NFL really cared about expansion into the United Kingdom, the league would have scheduled the Miami Dolphins and New York Jets on October 4, coinciding with the Merseyside Derby between Everton and Liverpool and two matches featuring London clubs, as Tottenham traveled to Swansea and—you may have heard of these two clubs—Arsenal hosted Manchester United?

If the NFL cared about attracting British fans, would the October 25th game between Jacksonville and Buffalo—shown on Yahoo around the world—have been on against four Barclays Premier League matches, including the Manchester Derby between United and City? What sane person in the UK would rather watch Jacksonville and Buffalo over anything, let alone a top-four match between bitter rivals? 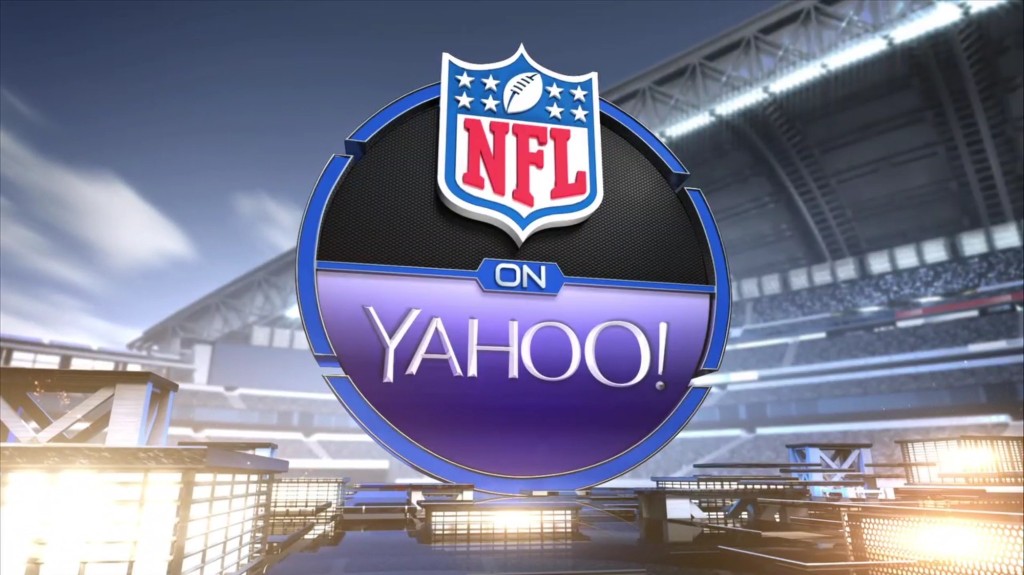 Only last week’s rout by Kansas City over Detroit at Wembley went up against a comparatively weak EPL slate, as Everton trounced Sunderland and Southampton blanked Bournemouth to little fanfare.

The NFL didn’t care about capturing the British audience. The NFL cared about finding enough fans to fill the stadium for the Americans watching.

Don’t get me wrong, the NFL would love it if fans all over the world watched more of their product, but if you believe sending Jacksonville and Buffalo to play each other isn’t a slap in the face to British fans, I’ve got an old bridge and a giant clock to sell you.

The success of filling the stands for all the games in London allows the league to put out statements like this from Commissioner Roger Goodell, announcing said expansion due to the “demand” for more games.

“This marks an important step in our long-term international growth,” said NFL Commissioner Roger Goodell. “Fans in the UK have responded incredibly well to the regular-season games we have played in London since 2007. They have demanded more NFL games, and we have worked to accommodate them. We think it’s time to expand our International Series to other countries and respond to the growing interest in our game not only in the UK, but elsewhere around the world.”

The international series has been so successful, the NFL tells us, that expansion from one game to two games to now three games isn’t enough. The NFL has floated the idea of a team playing two games—back-to-back weeks—in London, and with three venues on the horizon in England and the promise of more international games elsewhere in Europe, the league is pulling out all the stops to create a consistent television window at 9:30 a.m. ET for Sunday NFL football.

There is talk the international series could soon feature up to eight games a year, or the equivalent of one team’s entire home slate, with the start times surely set for 9:30 a.m. ET. It will work because it’s already working. This season, the league went from one early start to all three London games, leading to headlines like this:

That’s the win for the league. It’s not London, it’s finding venues where NFL fans can fill stadiums that early in the morning, so people in the United States can stay in their pajamas and watch football all the livelong day.

It wasn’t long ago when the NFL was on at 1, 4 and 8 on Sundays with one additional game on Monday night and that’s it. (Heck it wasn’t long ago when those primetime windows didn’t exist.) Thursday games have been a very recent addition to the slate, and with the success of those games—in terms of television ratings if less so quality of play on the short week—developing another window for TV (or online streaming) is the only way Goodell is going to find new ways to make money.

The league theoretically has the option of Friday night, but many high schools play on Fridays and the NFL has never wanted to disrupt its feeder system. That’s the same reason why the NFL doesn’t want to put a game on Saturday night, as to compete with top college games. As Tim Kachur pointed out on Twitter, Friday and Saturday may technically be against federal law for the NFL, though something tells me the lobbyists in Washington could fight this if the NFL wanted it overturned.

With mid-week games a bit of a scheduling issue—teams playing Tuesday to end a week’s schedule would likely need to have a bye the following week while teams playing on Wednesday to start the game week would surely need a bye the week before—more games in exclusive windows on Sundays is the best way for the NFL to go…and grow.

The league has already stacked the 1 p.m. window with double-digit games so the afternoon is as exclusive as it can get for TV partners given geographical concerns. With eight games in London, those geographical concerns for the early window are built into the solution.

London is five hours ahead of the East Coast of the United States, give or take some daylight being saved. Starting games at Wembley in the past at 1 p.m. ET made total sense, as the NFL is a big event, and London games were billed as a treat for the local crowd. The problem with that, however, was that the buzz for those games died in America a long time ago. That is, until this year. Putting all the London games in exclusive windows—and online for people to stream around the world—increased interest and buzz in the international series like it hasn’t been in some time.

It also increased revenue streams for the NFL. Thursday went from one game on Thanksgiving to a handful near the end of the year to every week of the season. Now the league can do the same with Sunday mornings. It begs the question: how long before the league finds another window to fill? Who wouldn’t love a Sunday late night game in Tokyo.