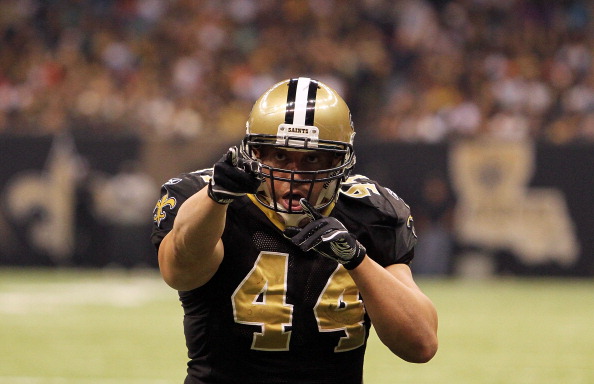 Being critical of Roger Goodell is one of the easiest things that someone working in sports commentary can do.  Goodell has the popularity of an Ohio State superfan walking through the streets of Ann Arbor, Michigan at the moment.  His handling of DeflateGate has done the impossible and turned the four-time Super Bowl champion Patriots into sympathetic victims of an incompetent tyrant.  And this mess follows Goodell’s mismanagement of Ray Rice and BountyGate and so on and so forth.

One place we don’t expect to hear Goodell bashing is from the NFL Network, though.  The shield’s in-house channel isn’t a place you really expect to hear sustained, harsh criticism of the commish.  However, NFL Network Heath Evans bucked that pre-conceived notion in an appearance on The DA Show on CBS Sports Radio with Damon Amendolara (and yes, I did use his initials, Mike Francesa).

Evans blasted the punishment of Brady and the Patriots as a “witch hunt” and sliced and diced the integrity of the league office.

It’s rare that you see someone who works in sports media, especially at a league-owned network, open up like that about the inner workings of the operation.  The fascinating aspect of Evans’ interview with Amendolara is saying that he works for the league’s owners and not the league office.  That makes you wonder just how the other NFL owners now feel about Roger Goodell’s capacity to serve as commissioner if he’s wronging one of their own in Bob Kraft.  (Yes, it’s fair to ask where the overwhelming support of the owners currently stands since the days they were standing by Goodell when most of America was calling for Goodell’s head during the Ray Rice fiasco.)

While Evans might not work directly from Goodell, it’s still a bit of a jolt to the system to see such a jarring condemnation of Goodell come from anyone attached to the league network.  It’s not like the two serve competing interests or anything – theoretically, they should all be part of the same team.  Then again, Evans’ ties to the Patriots (and to the Saints/BountyGate) might mean he has a little more to say about Goodell’s reign of terror than your average ex-NFL player.  Either way, it’s refreshing to hear someone from a league-owned network not being afraid to hold back this kind of inward-looking criticism.