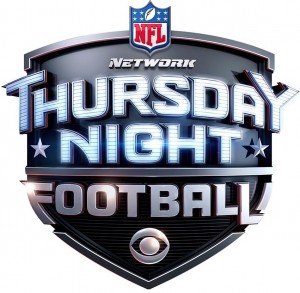 The NFL may have found yet another revenue source. According to John Ourand of Sports Business Journal, the league has told TV networks it’s ready to accept bids for the Thursday Night Football package (which will again be for only two years), but it’s also sent out requests for proposals to various tech companies such as Google, Yahoo, Apple and Amazon to see if they’re interested in bidding on a streaming package. This follows in the wake of NFL commissioner Roger Goodell meeting with executives from those companies in San Francisco last month. Unlike the NFL’s single-game deal with Yahoo this year, this package would be non-exclusive, meaning the games would be carried both on TV and on streaming. Here are the key details from Ourand’s piece:

The league’s initial plan would have the digital streams serve as a simulcast of the television production — with the same ads and in-game production features. The league expects bidding to start in the low $300M for the television package, with a nominal escalator in year two, sources said. CBS currently is paying around $300M per season for the Thursday night package. It is not clear how much the league is expecting to make from the streaming rights, but several sources said the digital streams would not diminish the TV rights fee, especially if the digital streams carried the same advertising. Yahoo paid around $15M for the streaming rights to one game this season, but that was on an exclusive basis.

“We are in the reach business,” Rolapp said. “One strength of the NFL is [that] our games have been widely available. Can the Internet reach as many fans as television?”

He said the Buffalo-Jacksonville game that streamed on Yahoo earlier this year — for which Yahoo paid $20 million — brought in about three million concurrent viewers.

Rolapp also said he anticipates Thursday games having a significant digital presence in one fashion or another (which might even mean a traditional company buying regular and streaming rights):

We are talking to numerous people — both traditional media companies and some of the Internet guys — and I think there will be a heavy digital component [for Thursday]. It is just a question of what the model will be and how we will do it.”

Just how much will the NFL get for the streaming rights here? Well, it’s unlikely to be as much per-game as Yahoo paid (whether that was $15 million or $20 million), given that the streaming won’t be exclusive. All of the aforementioned tech companies do have deep pockets, though, and streaming content is becoming an essential part of business for each of them; getting the NFL, and a full 16-game NFL slate, could be a way to stand out in the crowd. It seems highly likely someone will take the NFL up on this non-exclusive streaming offer, and that will give the league yet another revenue source. The question is which company will win the bid, and just how much they’ll pay for it.