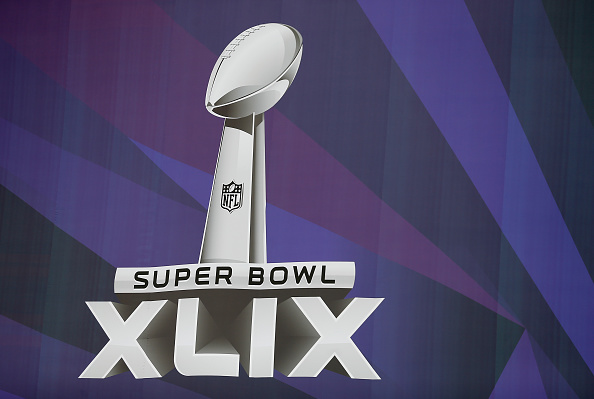 The NFL has been notable for its attempts to influence U.S. government policy and laws, and now it wants to do the same in Canada. What’s it getting involved in? Plans to maintain the status quo and prevent Canadians from seeing American Super Bowl commercials during the game. This week, the NFL officially applied for intervenor status in Bell Media’s appeal to the Federal Court of Canada to overturn a Canadian Radio-television and Telecommunications Commission (CRTC) decision from January that would ban the practice of simultaneous substitution for the Super Bowl alone beginning in 2017.

Simultaneous substitution, or simsub, is a decades-old practice that allows Canadian stations broadcasting U.S. events also carried on U.S. broadcast channels to insert their own advertising onto the feeds of the U.S. channels. This is particularly important around the Super Bowl, where there’s so much hype and discussion of the high-budget, high-quality American ads. If you’re watching the Super Bowl in Canada, it doesn’t matter if you’re tuned into CTV or NBC, you’re going to see the same group of lower-budget, less-unique Canadian ads on the broadcast, and if you want to see the American ads, you’ll have to watch them online later. This has led to big divides between Canadian viewers, who have often complained to the CRTC about not being able to watch the American commercials, and Canadian broadcasters, who make a lot of money off simsub.

The Canadian broadcasters particularly make money when it comes to the Super Bowl, which is annually one of the biggest broadcast events on Canadian TV and comes with one of the highest ad rates. In 2014, Yahoo’s Chris Zelkovich reported that CTV was charging $170,000 Canadian for a 30-second spot, the highest in the Canadian industry. That’s not a lot in absolute terms next to the $4 million U.S. in 2014 and the $4.5 million U.S. this year advertisers would pay for those spots on U.S. broadcast TV, but it’s a big amount in Canada, and it’s why many thought simsub was never going away despite the high numbers of viewer complaints. The CRTC decision to end simsub for the Super Bowl would mean that viewers would be able to choose between Canadian and American feeds for the game (they’ll still have the same broadcasters, as CTV carries the U.S. broadcast, but with Canadian ads), and while that would be incredibly popular with Canadian viewers, it would dramatically reduce the rate Bell could charge for their ads during the game. That’s why they’re appealing this.

Why’s the NFL involved, though? Well, it’s all about the money, but not the immediate money. The NFL doesn’t directly reap the benefits of Super Bowl advertising, which go to the networks. It makes money from selling broadcast rights to those networks, both in the U.S. and in other countries like Canada. Regardless what happens with the simsub decision, the NFL wouldn’t make any less money through the duration of the current Canadian TV contract (which Bell signed in late 2013 to take everything but Thursday Night Football, and which is for an unspecified but presumably long “multi-year” period); Bell would presumably be paying the league the same amount while making less revenue of their own, unless they were able to renegotiate the contract. However, when the current deal expires, prohibiting Super Bowl simsub would make Canadian NFL rights much less valuable, reducing the money the NFL would get in its next Canadian TV contract. Thus, formally joining Bell’s fight here helps the NFL on two fronts; if they win, it boosts their current TV partner (and keeps that relationship from turning sour when Bell’s suddenly paying a lot of money for rights that just tanked in value), and it also preserves the amount of money they can make from Canadian TV contracts in the future.

It’s also worth noting that if this simsub decision is upheld, the NFL is losing a substantial amount of viewers that it can (indirectly) sell ads to. 19.3 million Canadians watched at least part of the Super Bowl this year, and while that’s small potatoes next to the 160 million Americans who tuned in for at least part of the game, it’s actually a higher percentage of the country’s population (54.9 per cent of Canada’s 35.16 million people, compared to 50.8 per cent of the 318.9 million people in the U.S.). Not all of those Canadians would choose the U.S. feed with the U.S. ads, but many of them likely would, and those viewers would then be in an advertising neutral ground; U.S. companies aren’t going to pay U.S. broadcasters more for views from outside the country, but those viewers wouldn’t be watching the feed with the Canadian ads, lowering that audience and the amount Canadian broadcasters can charge for those ads. These viewers would still be receiving advertising, but no one would be paying to broadcast it to them.

The NFL’s argument for intervenor status is interesting as well, as the league is claiming that the CRTC is singling the Super Bowl out (which it is) and that the Super Bowl is not unique (which is an unusual argument for the NFL). From Claire Brownell of the National Post:

“The CRTC lacked an intelligible justification to single out the Super Bowl,” the NFL’s motion said. “It treated the Super Bowl as a separate class of programming unto itself, for which U.S. advertising is ‘integral,’ without any justification for why U.S. advertising is not also integral to other League games or other highly rated American programs such as the Oscars.”

The NFL often goes to a lot of effort to portray the Super Bowl as unique and a singular event, so it’s notable to see it arguing that it shouldn’t be treated that way when it comes to simsub. That may have a blowback, too; if the Super Bowl is a unique event for the purposes of simsub, that’s one thing, but saying it isn’t unique might bolster the case for ending simsub on other American programming (including regular-season and playoff NFL games), which would have a similar effect. It’s going to be interesting to see how this plays out in court, as it’s a clear conflict between what many viewers want (Bell’s cited research saying only 20 per cent of Canadians care about this, but there are questions about that number, and even that’s still a big number) and what the league and the media companies want. We’ll see how it goes, but if the CRTC decision is upheld, that could have immediate financial implications for Bell and long-term ones for the NFL.