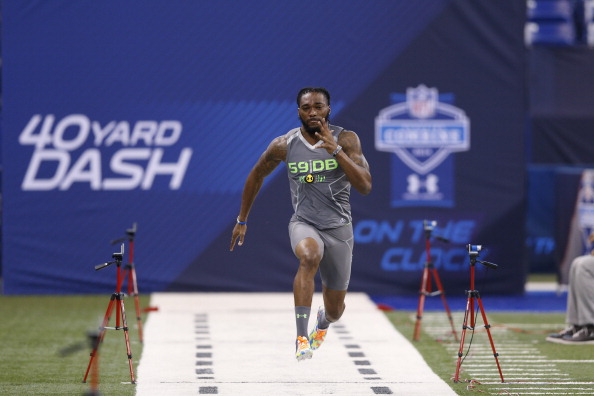 Each year, the NFL seems to be shattering previous ratings records, whether it is Thursday Night Football, Sunday Night Football or the NFL Draft. The NFL Scouting Combine is now also becoming a ratings grab, despite barely being known by most fans only a decade ago.

The league decided to change the format of the combine in 2015, making the on-field events span Friday-Monday. Previously, the players worked out for scouts, executives and coaches Saturday-Tuesday. Last year’s Saturday brought in a United States household rating of .19 with 277,000 viewers. This Saturday, the combine did a .35 U.S. HH and 529,000 viewers, both records for the event.

Additionally, digital media on NFL platforms was substantially up. All told, there were 8.8 million minutes of video viewed, more than doubling year-to-year. These numbers include views on NFL.com, NFL Now, NFL mobile on Verizon and the NFL Fantasy app.

Incredibly, this is the 11th year of combine coverage from NFL Network. Originally, analyst Mike Mayock and host Paul Burmeister anchored the coverage with few bells and whistles. In 2015, NFL Network sent 26 analysts along with multiple hosts and reporters.

Give NFL Network a ton of credit. It took a seemingly uninteresting event and turned it into something that fans talk about for two weeks before it arrives, the week it is here, and then the following two months leading into the NFL Draft. In 11 years, Indianapolis in February went from an afterthought to a destination.

Does the combine really matter all that much? Not really. Most NFL people will tell anyone willing to listen that the interviews conducted there is all that really matters. Still, it is pretty sweet to watch a 300-pound defensive tackle run a 40-yard dash in under five seconds, and people are tuning in to watch it all unfold.