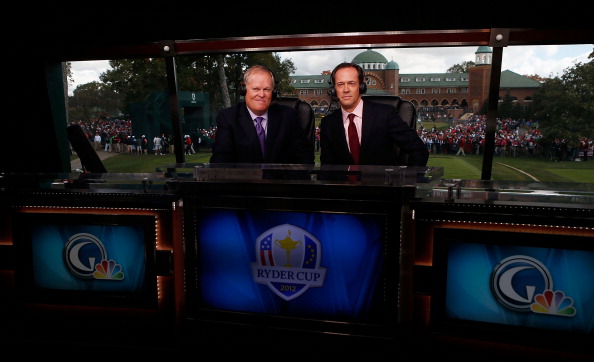 My column on Mark Lazarus’ comments about the playoff beards in hockey caused a bit of a kerfuffle. However, the NBC Sports chairman also was in the news for another reason.

NBC landed the rights to the British Open, beginning in 2017. Lazarus said a highlight came when he broke the news to Johnny Miller, who won the 1976 Open at Royal Birkdale. Coincidentally, that will be the site of the ’17 Open.

“We could see Johnny’s smiles through the phone,” Lazarus said. “It was the same with all the talent. Everyone is thrilled about this.”

Indeed, NBC now is back in the major game after losing the U.S. Open to Fox.

“We’re always in the business of having the most important events we can have,” Lazarus said. “We were disappointed to lose the U.S. Open, no doubt about that. But we can’t dwell on the past. We have to move forward. The next opportunity to move forward was the oldest and probably biggest global golf event.”

A big component of the deal will be the airing a significant chunk of the tournament on the Golf Channel. It will be a huge milestone for the network with its first live coverage of a men’s major.

“Someone turned a phrase: ‘The home of golf at golf’s home,’” Lazarus said. “I like that.”