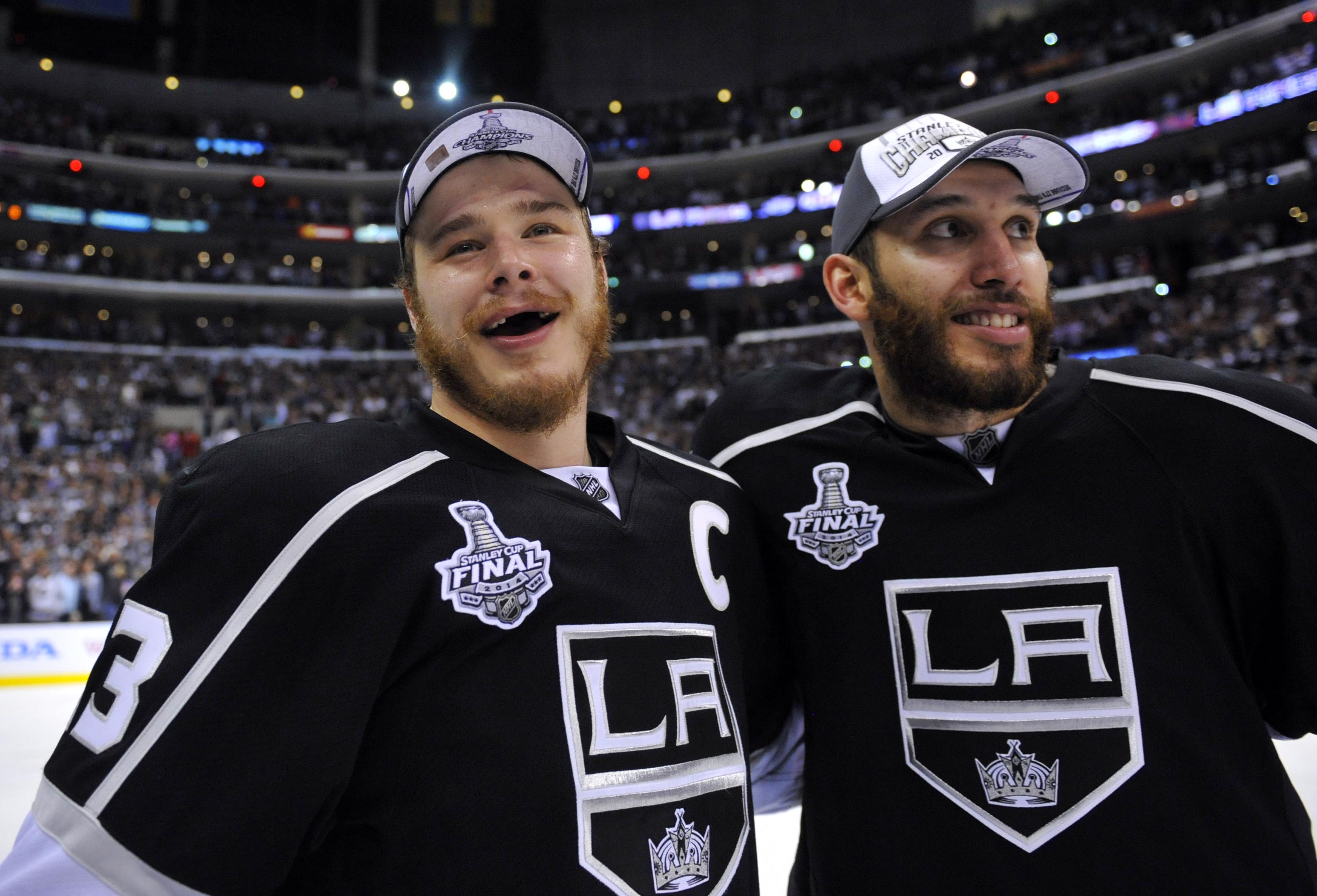 Networks sometimes push for changes in the sports they broadcast, but it’s highly unusual to see them pushing for changes in players’ facial hair. As Ed Sherman writes in The Chicago Tribune, though, that’s NBC Sports chairman Mark Lazarus is doing, lobbying the NHL to try and convince its players not to participate in the famed tradition of growing playoff beards.

Lazarus said he has lobbied the NHL and its players to end the tradition of the playoff beards. He says the excess facial hair hurts player recognition for fans, perhaps hindering the development of new stars during the highest-rated games of the season.

“The players won’t like this, but I wish they all would stop growing beards in the postseason,” Lazarus said. “Let’s get their faces out there. Let’s talk about how young and attractive they are. What model citizens they are. (Hockey players) truly are one of a kind among professional athletes.

“I know it’s a tradition and superstition, but I think (the beards do) hurt recognition. They have a great opportunity with more endorsements. Or simply more recognition with fans saying, ‘That guy looks like the kid next store [sic],’ which many of these guys do. I think that would be a nice thing.”

…Lazarus obviously isn’t advocating getting rid of helmets and visors, but he says the added element of a shaggy beard makes it even more difficult for fans to identify players. He thinks it is a detriment considering the Stanley Cup Final posts the biggest ratings of the year. The Blackhawks-Tampa Bay series is generating strong ratings for NBC and NBCSN.

“These are the most-watched games and they’re all bearded up,” Lazarus said.

Lazarus said he has conveyed his shave requests to NHL officials; the NHL Players Association; and even players in individual discussions.

This is some of the most unusual ranting about facial hair since the days of George Steinbrenner. Hey, Toews, shave those sideburns!

It’s odd in general to see a TV executive commenting on players’ appearance, but it’s particularly more odd in this case. Why, precisely, does Lazarus think beards are somehow an impediment to identifying players? That certainly isn’t the case for, say, James Harden, whose beard has made him even more recognizable. It’s not like hockey fans are suddenly unable to identify stars just because they happen to have some facial hair. Yes, some of the playoff beards are more attractive than others, but that’s not really the point; it’s a decades-long tradition that illustrates how long these teams have been playing for. There isn’t much evidence that getting rid of it would post any benefits for TV whatsoever, apart from catering to Lazarus’ personal tastes.

If making individual players more identifiable is the goal, there are plenty of ways to do that without attempting to legislate what facial hair they can have. Helmets and visors would seem to be more of an obstacle there, and while you obviously can’t remove those for in-game play, how about getting helmetless shots of some of the key players standing or skating around and running those when your broadcast talks about them? In general, though, it seems like Lazarus is creating a problem that doesn’t really exist here. Hockey’s doing well for NBC as it is, posting strong Stanley Cup Final ratings so far despite the inclusion of oft-criticized market Tampa Bay, and there certainly aren’t masses of fans out there complaining about the beards or saying it’s hard for them to pick out individual players. Facial hair is only a problem in the head of the chairman of NBC Sports. Sadly, it seems he’s trying to make it a problem for the league.