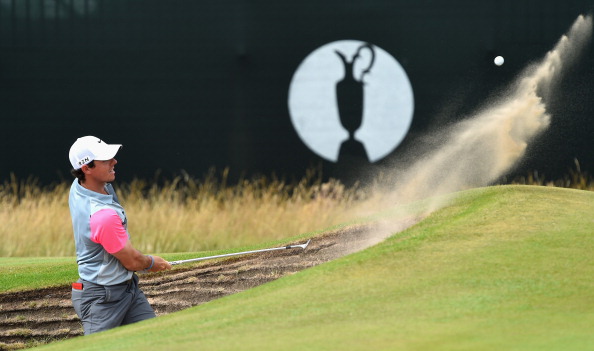 Whether you call it the British Open or the Open Championship, just know it will have a new U.S. home starting in 2017. NBC Sports Group announced on Monday that it entered into a long-term agreement the R&A, the organization that oversees, the Open Championship that will last 12 years. This effectively ends ESPN/ABC’s relationship with the Open that dated back to 1962.

With the new agreement, it means that Golf Channel will air the first two rounds followed by the return of the Open to broadcast television as NBC will show the final two rounds.

NBC suffered a big blow in 2013 when it lost the U.S. Open to Fox and was hoping to pick up another major golf championship to replace it. As Sports Business Journal’s John Ourand reports, NBC targeted the Open Championship after losing the U.S. Open as it provides live programming in the summer plus it gives Golf Channel’s its very first men’s major tournament.

NBC won over ESPN and Fox which were all bidding for the tournament. Fox was hoping to add to its golf portfolio of the U.S. Open and the Shark Shootout. Ourand writes that a factor in the R&A’s decision to turn to the Peacock asides from a doubling of its rights fees from ESPN was its experience in handling European events on weekends and also making it part of NBC’s annual “Championship Season” campaign:

In addition to the increased rights fee, the R&A was swayed by NBC’s plans to cover the tournament. NBC Sports Group has found success with weekend morning European programming, like the Premier League and Formula One racing. Sources said the R&A was most energized by NBC’s commitment to market the event along the lines of “Breakfast at Wimbledon,” which the network pioneered in the 1970s around the Wimbledon finals.

This year marks a big transition for the R&A on the Open Championship. Earlier this year, the organization signed a rights agreement with Sky Sports in the UK, ending a 60 year relationship with BBC Sport and now this new agreement with NBC which ends its ESPN’s partnership.

For its part, ESPN will still air this year’s and 2016’s Open before giving way to NBC. The Worldwide Leader issued this statement on the news of losing the rights to the British Open:

“We’ve had a rewarding relationship with Peter Dawson and the R&A. We look forward to televising The Open Championship and other R&A championships this year and next year and wish them the best in the future.”

The agreement also allows NBC Universo to air the men’s and women’s Open in Spanish.