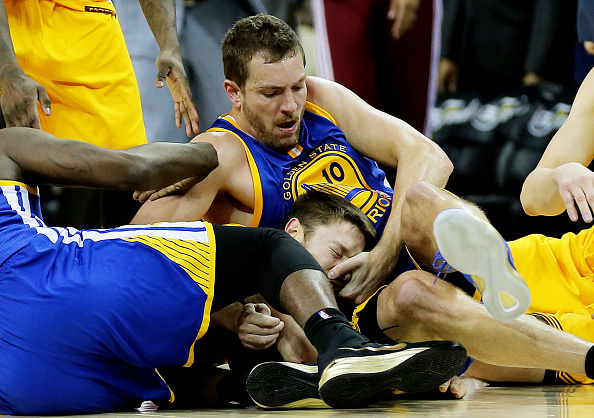 LeBron James is halfway through what would be the greatest individual performance in recent history.  And the story of his attempt to win the first championship for Cleveland in almost a half century with what Mike Breen affectionately called his “Grit Squad” is clearly captivating the nation.

* You could sub Matthew Dellavedova’s name in that paragraph and have it still read the same.

After Game 1 and Game 2 both drew a 12.9 overnight rating, Game 3 went up another peg to a 13.7 rating.  The Cavaliers’ 96-91 victory over the Warriors, featuring a frantic Golden State comeback that fell just short, also produced massive numbers in the local markets.  Cleveland scored a 49.0 rating, which is NFL playoff type numbers, while San Francisco registered a 31.6 rating.  Even Columbus, Ohio produced impressive numbers with a 25.2 overnight.  Memphis and Atlanta rounded out the Top 5 in local ratings.

Through three games, Cavs-Warriors is continuing the record pace for ABC since taking over the Finals broadcasts in 2003.  Game 3’s rating was up a whopping 33% from last year’s Heat-Spurs series.  And it also set new high-water marks online for WatchESPN.

These are eye-popping numbers and a great encouragement for the NBA after a middling regular season in the ratings department.  And make no mistake, what we’re watching in this year’s Finals is history in the making.  The storylines here have truly captivated the general public.  Either LeBron James will lead his hometown team to their first ever championship, overcoming a slew of injuries in the process or the Warriors will win their first title since the mid-70s in a Cinderella story of their own.  Whatever happens, it’s clear that more and more of America will be watching.