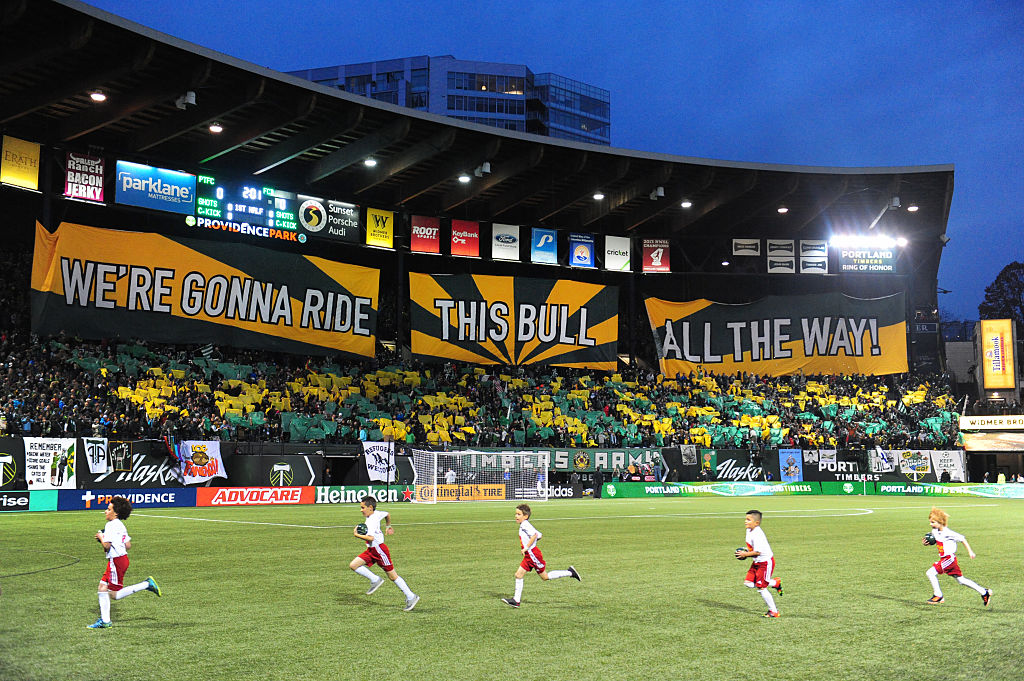 COLUMBUS – On the eve of the 2015 MLS Cup Final in Columbus between the Portland Timbers and Crew SC, the league’s first soccer specific stadium seems to be the perfect place to reflect on what was in many ways a landmark season for the American soccer league.  The 2015 campaign was MLS’s 20th season and its first under a new labor agreement that was struck in added time during the offseason.  The league welcomed international stars like Kaka, Andrea Pirlo, David Villa, Didier Drogba and Steven Gerrard as NYCFC and Orlando City took the field for the first time.

It was also the first season for MLS under new television contracts with partners ESPN, Fox Sports, and Univision…. contracts it should be said that increased the league’s TV revenue five-fold from $18 million to $90 million.  The new deal brought significant changes to Major League Soccer as a television property in the hopes of growing the league’s audience.

Perhaps the most important development was a concerted effort by the league and its television partners to develop a coherent programming strategy.  For the first time, MLS finally found consistent broadcast windows with a Friday night game on Unimas followed by a Sunday doubleheader on ESPN and FS1.  MLS had been plagued in years past by random start times for televised games where only the most loyal local fans and the rare people that still subscribe to a print edition of TV Guide could find them.

Did it work?  Yes… to a modest extent.

All three networks experienced ratings growth throughout the regular season.  UniMas and ESPN grew by 3% and 4% respectively while FS1 was the big winner, growing by 40% over what NBCSN had achieved the year before.

“I did sense people knew when the games were on, which is something we did not have before and it is a big deal,” lead ESPN soccer producer Chris Alexopoulos said.  “Everybody’s trying to put everything into it and create a destination with consistency. From our perspective it worked out really well. I think it’s really important for MLS to create a known destination for soccer fans.”

Now not only was there a set time for MLS games each week, but the networks worked together to promote one another and took a vested interested in seeing the league as a whole experience growth.

“That was an adjustment for sure because the league really wanted to push that. It’s been a really good partnership with ESPN and FS1. Everybody was on board with it. I think everyone’s in it together,” Alexopoulos added.

Lead ESPN MLS analyst Taylor Twellman spoke about the importance of the new broadcast windows and creating consistency as something the league and its television partners have always longed for.

But has the league truly achieved that goal of “destination viewing” for its nationally televised schedule?  One of the biggest challenges MLS faces is that the league’s chosen broadcast window goes right up against the NFL on Sunday afternoons and evenings throughout the fall.  That means that during the MLS Cup Playoffs, the most important American soccer games of the year have to go head-to-head with the biggest and baddest kid on the television block.  And in spite of everything Roger Goodell and co. have done to seemingly torpedo the league’s growth, there’s no end in sight to the NFL’s ratings dominance.  And just when is the MLS Cup Final scheduled this Sunday – 4 PM ET – right up against the late afternoon nationally televised NFL game.

The Conference Finals produced some of the most exciting soccer MLS has ever seen, but the television numbers were still far off what one might consider a success.  The second leg of Columbus-NYRB drew 240,000 viewers on FS1 while the second leg of Portland-Dallas garnered an audience of 286,000 on ESPN.  Both were dramatic contests that featured exciting, open soccer and drama to the very end.  Nevertheless, both were easily defeated by indifferent college football matchups like UCF-USF (388,000 on ESPN).  They also lagged well behind EPL games on NBCSN like Swansea-Liverpool (363,000) and Manchester City-Southampton (341,000).

With those numbers in mind, does Sunday really work as a long-term home for nationally televised Major League Soccer games?  Or should MLS already be looking at other options to increase television growth?

“For me personally I think we should own and own with a vengeance Wednesday night,” Twellman said.  “Tell me how many events are Wednesday night in this country.  Yea, of course destination viewing is huge.  It’s a huge part of the growth of Major League Soccer, but I also think it’s going to evolve.  I think they’re going to look at it and say ‘What night can Major League Soccer in this country own the way Sunday is owned by the NFL for all of our lives?’”

This is the crux of the dilemma that MLS faces in 2015.  All things considered, MLS conveys a spirit of optimism at the present time.  Small market teams like Portland and Columbus (the 22nd and 32nd top American media markets respectively) and their fanbases still feel like they have the ability to contend consistently.  Other top leagues around the world certainly can’t say that.  More money is being spent on players than ever before.  And it’s not just big-named European players who are coming to North America for the final chapters of their careers, either.  MLS has also made key signings of players who are still very well and truly in their prime like newly crowned league MVP Sebastian Giovinco of Toronto FC, Mexican star Giovani Dos Santos, and USMNT players like Altidore, Dempsey, and Bradley.  Expansion continues to move at turbo speed with teams in Atlanta, Minnesota, and a second Los Angeles team on the way. Attendance grew by 13% in 2015.  These are all great signs for the league’s continued growth.

And yet, television ratings continue to be the one riddle that MLS can’t seem to find a way to solve, at least for the time being.

“It’s a question that anybody who has a real answer for it would make a lot of money.” former Crew striker and current ESPN analyst Alejandro Moreno said.

Everyone from commissioner Don Garber to the executives at ESPN and Fox to the fans in Portland and Columbus and other MLS markets have been searching for those answers for a long time now.  The MLS Cup Final hasn’t achieved even a 1.0 rating since 2001.

Perhaps the hope can be found in the other places the league is succeeding.  Take the hosts of MLS Cup 2015 as an example.  After serious questions a few years ago about whether the Crew had a viable home in Columbus, new owner Anthony Precourt and the front office have revitalized the entire franchise in short order on and off the pitch.  While coach Gregg Berhalter has developed an exciting Eastern Conference winning squad, the rebrand to Columbus Crew SC (replacing kitschy construction workers with a world-class logo) has been a massive success.  Crew SC has made no secret about emulating the success in markets like Portland and Kansas City to better connect with the local fanbase and the result is a rejuvenated soccer market looking forward to hosting their first home MLS Cup.  Now it’s up to the television partners to translate that local success to the national level.

“We have in MLS a bigger stage now than we did before,” Moreno said.  “It’s now up to the product that is put on the field and the real support that is behind the league in order to truly protect that growth going forward.  The league is trending in the right direction and we hope the decisions to continue to expand are the correct ones.”