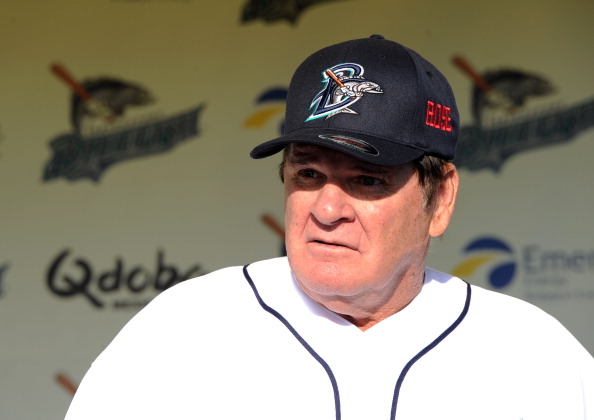 Well, since he’s technically a TV personality now, I guess we can go all-in with reporting on Pete Rose. The new Fox MLB analyst will be allowed to participate in July’s All-Star Game festivities in Cincinnati, which Reds owner Bob Castellini stated was his preference earlier this year.

This week, I wondered whether or not Rose would be taking one step closer to reinstatement after joining Fox, and his participation in All-Star Game festivities will allow him to clear one of the many hurdles facing him on the road to reinstatement.

MLB Commissioner Rob Manfred had some very vague comments on what exactly Rose would be doing in Cincinnati around the midsummer classic.

”I’ve agreed with Mr. Castellini that we’re going to have a conversation about what specific kind of participation the Reds are interested in, and we have not had that conversation yet,” Manfred said Thursday during a meeting with the Associated Press Sports Editors. ”You can rest assured that he will about allowed to participate in some of the activities.”

I’d assume that one thing Rose will certainly be involved with is MLB’s Franchise Four, in which fans of each time vote for the four most significant players in each franchise’s history. Rose is one of the eight nominees for the Reds, and was in the top four of the team’s voting earlier this week. Bring him on the field for the announcement to an insane ovation, and have him and the other three Reds four (currently, Johnny Bench, Joe Morgan, and Barry Larkin) throw out the first pitch. It would be perfect.

As for any other involvement…we’ll see what happens.