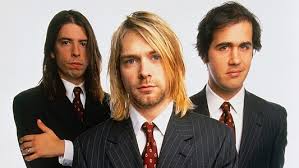 During the World Series, a San Francisco radio station banned Lorde’s song “Royals” from the airwaves. The ban drew considerable attention online, and ended up lasted a good week and a half after the series went to seven games.

A Milwaukee radio station is taking the ban a bit further in advance of Sunday’s NFC Championship Game between the Seahawks and Packers. WLWK-FM is banning all Seattle bands from their airwaves until after the game on Sunday. So sorry, you won’t be hearing any Nirvana, Pearl Jam, Foo Fighters, or any other Seattle-area bands on 94.5 The Lake until Monday.

That’s a shame, because while the San Francisco ban only took care of one song, the Milwaukee ban is removing plenty of classic songs from their airwaves for a couple of days. I guess that’s what Pandora, Spotify, and iTunes Radio are for until the ban is lifted.

Perhaps more offensively, the Seattle suburb of Bainbridge Island banned cheese from their City Hall on Friday because of the dairy product’s ties to Packers fans. Take away my grunge, OK. But take away my cheese? You’ve gone TOO FAR.

I wonder what either of these cities will jokingly ban in the two weeks leading up to the Super Bowl.