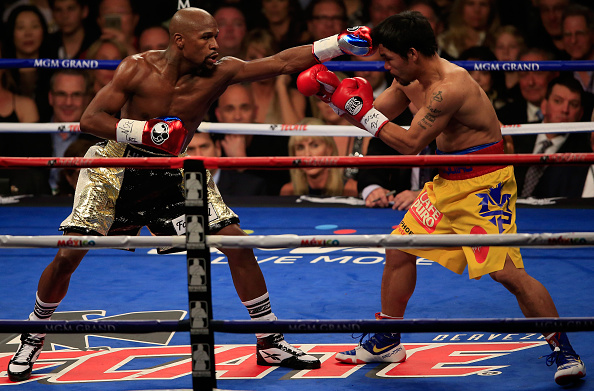 On Saturday night, cable and satellite providers found themselves dealing with massive outages for the Mayweather vs. Pacquiao pay per view. Despite a sky-high asking price of $90-$100, the demand to watch the fight brought a lot of money to HBO/Showtime which co-produced and co-distributed the fight to the masses.

Deadline reports that the fight brought in a record 3 million buys and if that’s true, HBO and Showtime will amass an estimated $400 million in revenue. Should this hold or go even higher, it would mean Mayweather vs. Pacquiao would be the richest fight in pay per view history.

One factor that cut into the revenues was the live streaming that took place on the Meerkat and Periscope apps which people used to watch the fight without having to pay the asking price. In fact, there were so many streams, HBO and Showtime couldn’t catch them all. Despite legal threats from the promoters of the fight, the streams went up anyway. And as Meerkat and Periscope gain popularity, the threat they will make on pay per view events becomes very much real.

But even with the outages and the illegal streams, HBO and Showtime made a lot of money from those who paid their hard-earned cash to watch. And due to the outages, the fight start was delayed by 45 minutes to allow the cable providers to catch up and allow viewers to join without missing the action.

But even with the delay, Buckeye CableSystems in Ohio will refund the entire pay per view pricetag to those subscribers who bought the fight due to the fact it joined the event in the 6th round. However, that should not cut into HBO’s and Showtime’s profits.

UPDATE: The number of PPV buys looks like it’s going to soar even higher when all the final numbers are in.

Pretty certain the #MayPac PPV will wind up over 4 million and quite possibly 4.5 million