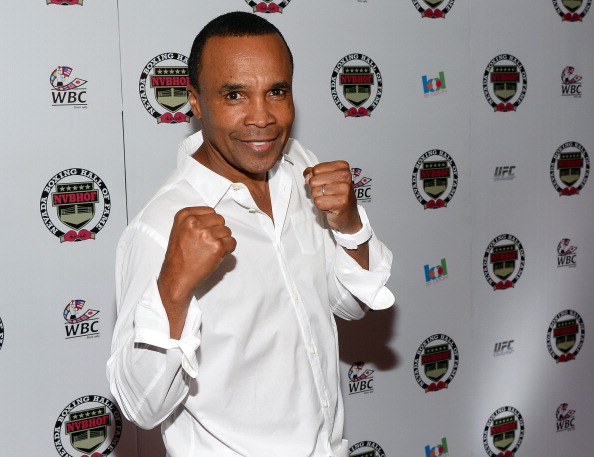 NBC will try to achieve what has seemingly been impossible since the turn of the millennium – make boxing a premier sport once again.  The peacock is committing more resources towards the sport on free over-the-air television than has been seen in generations to make it happen, though.  After announcing Al Michaels as the host of Premier Boxing Champions on NBC, the network today revealed the broadcast team who will deliver blow-by-blow commentary.  And they aren’t short of starpower or name recognition themselves: Marv Albert and Sugar Ray Leonard.

One of America’s legendary broadcast voices, Marv Albert, will serve as blow-by-blow announcer for Premier Boxing Champions (PBC) on NBC, it was announced today. Albert will be joined by analyst “Sugar” Ray Leonard for the debut of PBC on NBC in primetime Saturday, March 7 at 8:30 p.m. ET on NBC. Al Michaels will host.

Albert will team with six-time world champion and 1976 Olympic gold medalist Leonard on all 11 of the 2015 NBC broadcasts of the Premier Boxing Champions. He previously called boxing on NBC from 1980-2003, including three Summer Olympics highlighted by the controversial 1988 bouts in Seoul, South Korea. Albert also serves as the lead NBA voice and an NCAA basketball announcer for Turner Sports.

“I’m so thrilled to be part of boxing’s primetime return to NBC, where I’ve had the good fortune to have been ringside for the call of so many exciting moments,” Albert said.

“Marv’s expertise and big-event voice make him the ideal choice to call boxing’s return to primetime broadcast television,” said Sam Flood, Executive Producer, NBC Sports and NBCSN. “Through the years, Marv has had many memorable boxing calls, and will now add his passion to the PBC on NBC.”

Ironically enough, Albert called major boxing when it was last televised on NBC in primetime thirty years ago in 1985.  This also marks Albert’s return to NBC more than a decade after the end of the network’s affiliation with the NBA in 2002.

NBC will be televising 20 live fight cards through 2015.  Boxing has long lacked any kind of mainstream appeal and accessibility to the modern sports fan.  And outside a potential Mayweather-Pacquiao fight, this could be the most significant development in the sport this year.  With NBC’s typically high quality coverage laying the foundation, plenty of airtime committed, and a star-studded talent roster this may be boxing’s best chance to rebound on the national sports scene.  If the PBC on NBC fails to materialize an audience though, it could be a long time before anyone attempts a new high profile boxing series again.