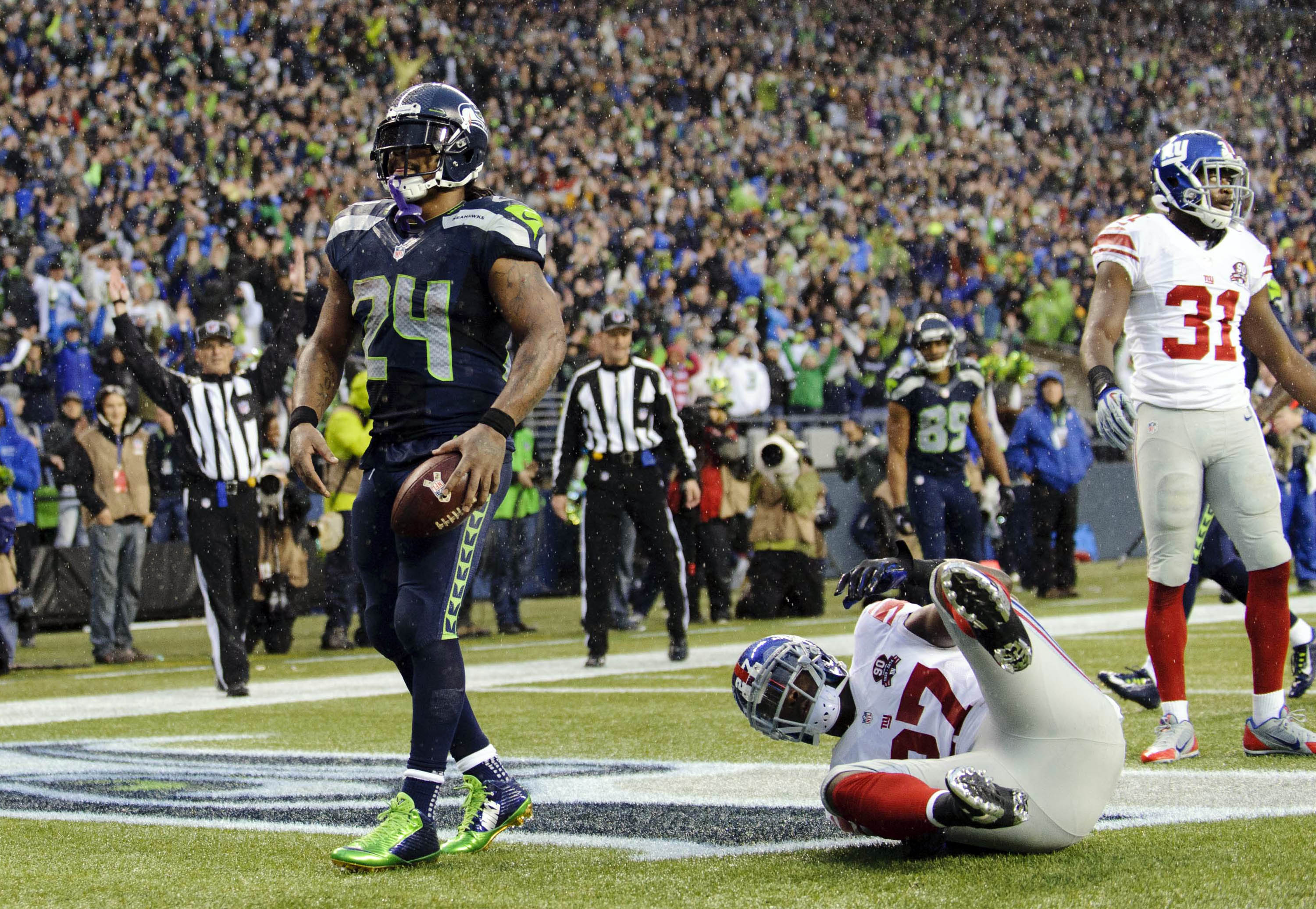 Seattle Seahawks running back Marshawn Lynch has been attending all the media sessions in Glendale, Ariz. at Super Bowl XLIX. Throughout his mandatory appearances, Lynch has said nothing of note, repeatedly stating the only reason for his presence is to avoid a fine from the NFL.

Unfortunately for Lynch, he might be fined anyway. During Media Day on Tuesday, Lynch wore a hat signifying his “Beast Mode” nickname. The hat was not part of the NFL apparel that the players are approved to wear, and thus could bring a financial penalty, per ESPN.

Lynch was already fined $100,000 earlier this year when the league came down on him for not complying with the media. Now, he could be hit with another $100,000 fine if history is a guide. In 2007, Chicago Bears middle linebacker Brian Urlacher wore a Vitaminwater hat and was hit up for $100K by the league. Lynch also wore the Beast Mode hat the following day, refusing to leave it at the hotel.

Seahawks quarterback Russell Wilson came to his teammate’s defense on Wednesday when asked about the controversy.

“I just think that sometimes we focus on things that don’t matter and don’t make any difference,” Wilson said. “Marshawn is a great football player and a guy that puts his work in every day and is dedicated to the game of football and dedicated to his teammates. There are times I don’t think he should be fined, especially to extent that people try to fine him. That’s just my honest opinion.

“The guy loves the game. Sometimes people try to take away from people the way they are. I don’t think he should be fined, personally.”

For the league, is this really something to mess with at the moment? The argument could be made that by not fining Lynch, the NFL is allowing for a slippery slope. However, Lynch is not causing a massive problem, unlike the New England Patriots and their DeflateGate scandal. Commissioner Roger Goodell has been under fire all year, namely for inconsistency regarding the domestic violence case of running back Ray Rice. Fining Lynch will only bring more negative attention to the NFL at a time when it needs something positive to happen.

Lynch has been showing up. While he does not answer questions and he only puts forth minimum effort, he is keeping his nose clean. The league would be wise to simply let this minor infraction go quietly into history.

The bigger problem with Lynch for the league is his on-field antics. In recent games, Lynch has been a fan of grabbing his crotch when scoring touchdowns. Lynch was fined for $11,050 in the regular season when doing it against the Arizona Cardinals on Sunday Night Football and another $20,000 for his crotch-grab in the NFC Championship game against the Green Bay Packers. If Lynch makes the same misstep in the Super Bowl, the NFL should hammer him in the wallet.

Then again, maybe the NFL should stop selling items with pictures of Lynch grabbing himself before it levies any fines.