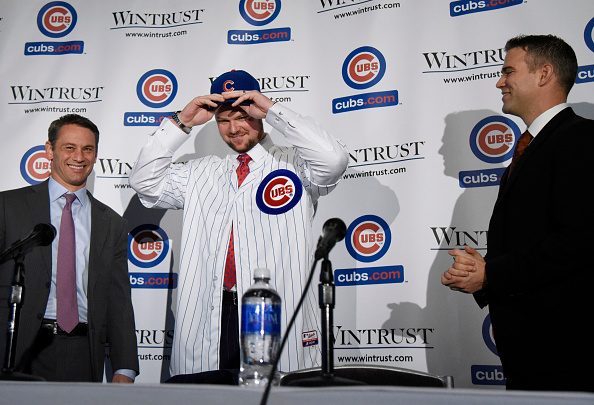 Much was made last year about the Cubs opting out of their TV contract with WGN, freeing up 70 games for a new home. 25 of those games went to Chicago’s local ABC station, while 45 still dangled in the wind. But at the end of the day, it appears those 45 games will be going nowhere, and will be staying on WGN through 2019.

The 45 games will not be on WGN America, the national network that was home to Cubs games in the past. Instead, they’ll only be airing on WGN-9 locally, which is good news for Cubs fans in the Chicagoland area, and bad news for those Cubs fans in the team’s local footprint that don’t get the network.

There was no immediate word on the monetary obligations involved in the new contract with WGN. During the 2014 season, WGN was paying roughly $250,000 per game, and lost around $200,000 per game because of poor revenue from advertising sales. Presumably, WGN will end up with a more beneficial agreement this time around, and advertisers could also be chomping at the bit to hop back on the Cubs bandwagon, given the team’s eventful offseason.

So now that everything is taken care of with the Cubs, let’s recap.
-25 games will air on WLS-7, Chicago’s local ABC affiliate. Most of these games will take place on weekends.
-45 games will air on WGN-9.
-Most of the remaining games will be airing on CSN Chicago, though some could be reserved for exclusive national windows on ESPN, Fox, etc.
-All three of the Cubs’ local contracts (WLS-7, WGN-9, CSN Chicago) expire after the 2019 season, paving the road for a new RSN in Chicago.
-WGN America will not be airing any Cubs games at all this season and for the foreseeable future.
-Cubs radio broadcasts will shift from WGN 720 AM to WBBM 780 AM this season.

Got all of that? Good. Now we have just one less bit of Cubs chaos to worry about this offseason. Now, about fixing those local footprints so fans inside the Cubs footprint but outside of the Chicago metro area don’t get screwed…