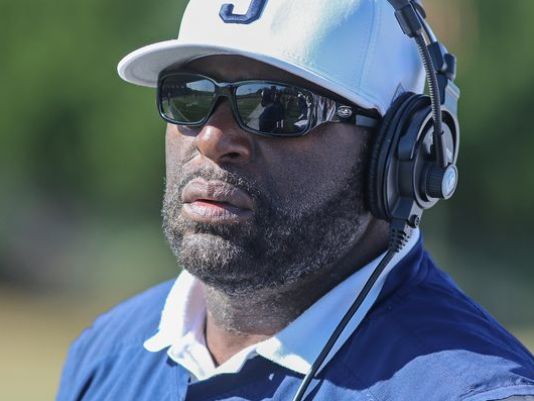 We’ve seen plenty of examples of college coaches and athletic departments trying to exert their influence over the media in the past, and it usually hasn’t ended well for the coaches. In Jackson, Mississippi, The Clarion-Ledger is taking an even stronger stand than usual for an imposed-upon media outlet, though. Rather than just air their grievances with the Jackson State football program (which is refusing to make anyone apart from interim head coach Derrick McCall available to the media outside of games, which the paper contends is a violation of the school’s media policy) publicly, the paper’s going the extra mile and suspending their beat coverage of Jackson State athletics until the situation’s remedied:

“This kind of restriction keeps a reporter from properly doing his or her job,” Sports Editor David Bean said. “Our hope is that this situation will be rectified promptly, and we are able to continue covering the Jackson State football team as it should be covered.” …

“The actions of JSU are dumbfounding,” Hall said. “We’ve never faced this issue with any of the other schools we cover. We’ve been through coaching changes, NCAA investigations, losing streaks, you name it, and the schools have always acted professionally and within the bounds of our normal agreements.”

Until the situation regarding media access can be rectified with the JSU athletic department, the Jackson State athletics reporter position will remain vacant. Sports reporter Antonio Morales will move to different areas of coverage, including other SWAC schools.

You’d think a move like that would convince the university to change course, right? You’d be wrong. Here’s the statement they released to The Clarion-Ledger late Monday night:

​Previous football coaches have had open and closed practices at various times throughout the seasons. In addition, each of the last two prior coaches decided if and when they wanted assistant coaches and/or players to be accessible to the media during the week of practice. The decision to have open or closed practice, as determined by the head coach, is not limited to the football program. All JSU head coaches have the right to make that decision and have traditionally made those calls.

The decision to close football practice and to not make assistant coaches and players available to the media throughout the week was not undertaken lightly and is done in respect to the JSU football program, the coaches, players and to local and regional media outlets.

​JSU football practice has been closed since the first week of this season. We decided to not make assistant coaches and players available to the media for the last two weeks so that the team can adjust to and work with the new coach on putting a quality product on the field – without too many outside influences.

During recent interviews coach McCall has not avoided answering any questions about the football team and been very open and honest about the state of the team. Following his first game as interim head coach, McCall and the players that were requested by the beat writer in attendance, were made available after a 10 minute cooling off period. While serving as head coach, McCall will be the main voice of the Tigers football program.

Coach McCall will continue to make himself available to talk to media members. Thank you for your interest and support of JSU athletics.

This is interesting on a couple of levels, as the program’s decision to restrict anyone but the head coach from talking seems highly unusual. As Hall notes, that hasn’t happened to his paper even in the case of major scandals, so it’s unusual to see it just with a team that’s losing.  It’s also notable to see this from a FCS team like Jackson State; this isn’t a team that’s attracting major national coverage and feels it can call the shots with the local media as a result. If the Clarion-Ledger doesn’t cover them, how much coverage will they get? Beyond that, though, it’s curious to see the school apparently double down after the paper’s move; they may be able to work something out, but having McCall “be the main voice of the Tigers football program” and “continue to make himself available to talk to media members” doesn’t seem to address any of the paper’s concerns. Perhaps the school feels attempting to control the message by only having the head coach speak is worth losing the Clarion-Ledger‘s coverage. We’ll see what happens here, but it sets up a possible game of chicken; will the school realize the benefits of media coverage and relent, or will the paper lose ground from not covering the local team and give in? Just how much is a paper’s coverage worth to a team, and how much is covering the local team worth to a paper? We may soon find out.