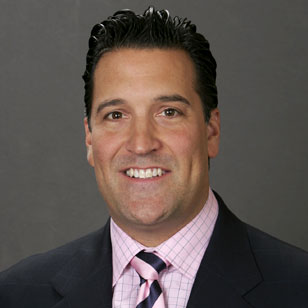 One of the charming and endearing aspects of college basketball analysts — and of the industry which allows them to find a place on television — is that many of them are characters.

For many college basketball fans, Al McGuire was the first and best example of an analyst who was anything but conventional, yet managed to leave a very large imprint on his sport, solely as a commentator. McGuire is rightfully a member of the Basketball Hall of Fame as a coach, based on his strong body of work at Marquette, but if he hadn’t been quite as successful on the bench, he certainly would have merited inclusion in the Hall of Fame as a contributor, someone who helped fans to appreciate the college version of the sport in the late 1970s and early 1980s. Had he not starred as a coach the way he did, he could have found his way to Springfield as a contributor, much as Hubie Brown did from the NBA side of things.

Recently, college basketball fans have been reminded that while many of these “characters as analysts” are often relegated to the periphery, they can and do break through once in a while. Bill Raftery — in many ways the spiritual successor to McGuire — found his way to the Final Four on television, not (just) the radio home he’d had at the big show for decades. College basketball on television is fun when on-air voices mix analytical chops with a sense of playfulness. McGuire, Raftery, and Dick Vitale all embody this.

(I have my own opinions on the three; you have yours. However, they’ve all had a profound impact on the sport of basketball and the broadcasting business — that is indisputable.)

The subject of a new development in college basketball television follows in that line of characters-as-analysts.

Fox Sports announced on Monday that Steve Lavin, just released as the head coach at St. John’s and formerly the head coach at UCLA, will be a core part of its college basketball team for the upcoming season.  Lavin will be seen frequently in the studio, sometimes at games (here’s hoping that side of his work gets a sufficient showcase). His addition is a welcome boost to FOX’s overall stable of college hoops voices.

If you recall Lavin’s previous television run, he helped create a comfort-food broadcast with Brent Musburger and Erin Andrews at ESPN. The three all had fun together, and you could tell from the easy camaraderie on their broadcasts. Lavin very much fit into this niche of college basketball analysts who aim to lighten up the games they cover.

Some might think — understandably and quite legitimately — that Lavin tried too hard to be an entertainer. One of his foremost habits, one which seems cultivated rather than accidental, is to rattle off two or three expressions for the same basic meaning. One can go either way in terms of assessing that part of Lavin’s broadcasting style: The negative view is that it’s repetitive and cluttered. The positive view is that it’s particular to Lavin and is therefore authentic, not something he’s trying to borrow from anyone else.

Lavin has his own odd lexicon, and when working with Musburger — probably the most fun-loving play-by-play man in sports today — he produced a broadcast that was easy to digest, even if it veered from the beaten path at times. Lavin’s unique style didn’t get in the way of Brent or the larger production — that’s important to note as you consider Lavin’s broadcasting reputation and identity.

Now, we get to see if Lavin wants to change his habits, or if that familiar style will return.

How will viewers respond to Lavin in his return to broadcasting? It’s an open question.

One thing worth noting is that fans are more than willing to hear Bill Walton speak about a lot of things other than the game he’s watching when he sits down with Dave Pasch. The reason I’d like to see more of Lavin as a game analyst, compared to the studio? That’s where Lavin’s quirks emerge.

In a studio — especially since FOX and FS1 do not have the NCAA tournament (which is the one time each year when a college basketball studio really has value, as a way of processing all the games and major events which are occurring across the country) — Lavin would seem removed from the heart of the action, which is the excitement of being courtside on a crackling Saturday afternoon in the arena. When FOX/FS1 cover the Big East Tournament, currently their showcase college basketball event, having Lavin courtside in Madison Square Garden — the very building where he was the head coach for the past several years — would seem to make perfect sense.

The Big East Tournament has enjoyed a long-term relationship with Bill Raftery. Getting Steve Lavin in on the act, if it happens, would mark a natural continuation of college basketball’s admirable willingness to let colorful personalities call some of the biggest non-NCAA tournament events of the season.