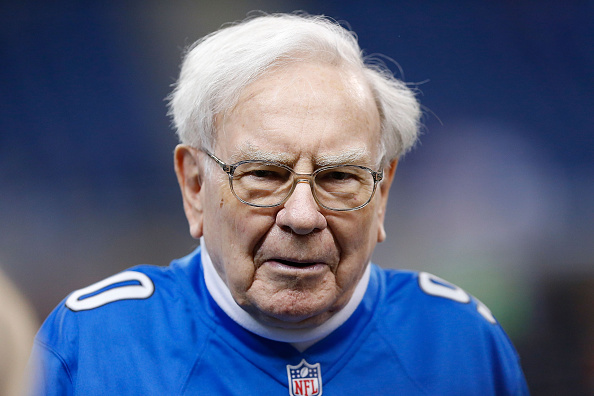 As you may recall, last year as we got ready for March Madness, Warren Buffett gave us a new reason to think extra hard about that Stanford over Kansas pick because he was offering $1 BILLION dollars to anyone who emerged with a perfect bracket. Well, unsurprisingly, Buffett didn’t have to pay anyone because the odds of selecting a perfect bracket are one in eleventy billion and everyone knows it. But, it did add some excitement to an already exciting month.

Sadly, no such offer exists this season, and the reason is likely because of an ongoing lawsuit between Yahoo and SCA Promotions, which underwrites such contests.

According to Slate, SCA’s president is tight with Buffett and they basically decided that this contest was a good idea and asked Yahoo to host it. Buffett and Yahoo couldn’t come to an agreement on terms, so he walked away and left SCA and Yahoo to try to figure things out. Buffet then decided to launch his own contest with Quicken Loans, whose founder, Dan Gilbert, also happens to own the Cleveland Cavaliers.

Yahoo was basically up a creek on this one, so they hosted the contest anyway, and then got sued by SCA after dropping them (because Buffett owns Berkshire Hathaway, which also underwrites such contests). Lost yet? Me too! Additional details from Slate:

This is where things get dicey. In its lawsuit, SCA claimed it signed an agreement with Yahoo to run its own billion-dollar bracket competition; according to SCA, the contract required Yahoo to pay half the insurer’s $11 million fee in the event of a cancellation, but the company refused to do so.

Yahoo responded with a countersuit that offered an opposite narrative. The company claimed that the billion-dollar bracket was its own brainchild all along, and that it approached SCA to help find another underwriter that could insure the hefty prize. According to the suit, SCA was subject to a strict confidentiality clause requiring them to keep mum about the precise details of the contest, which it apparently violated during talks with Berkshire about acting as an underwriter.

I mean, the idea had to come before the agreement, right? This isn’t one of those chicken and egg type questions, is it? It seems that Yahoo is accusing Buffett of stealing their idea, which I am frankly not buying because really, how many web sites are going to host a contest that would pay out an amount of money nearly impossible to underwrite unless the underwriters come to them first. Am I thinking too much about this? Probably.

Whatever the details, and we may never know them all, the contest is sadly no more, and we’ll have to settle for entering the measly $1 million dollar contests that ESPN offers. Chump change.