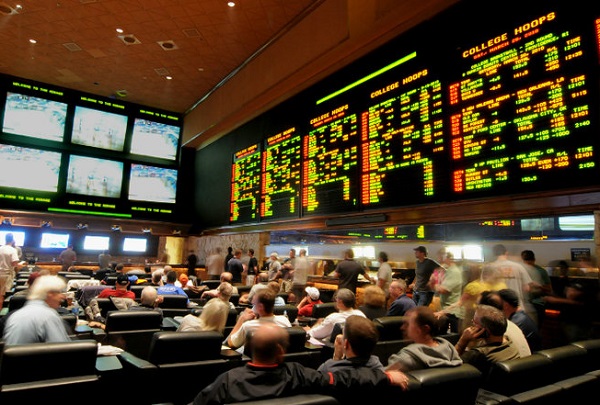 It seems like every week, nearly every day, we learn something new about the staggering amounts of money being put into and spent by daily fantasy sports sites.

Last week, for example, we learned that DraftKings spent more money on television advertising than any other company. But that’s probably not a surprise, considering the monsoon of ads we saw from DraftKings and rival FanDuel during the first weekend of NFL action (and a big Saturday in college football).

Flooding the zone with advertising has yielded the desired effect. As you might expect, September is the biggest month for new daily fantasy sports players, and each year, these sites add more customers than during the previous one. And all of that interest is generating money in huge numbers, according to Bloomberg Business.

FanDuel and DraftKings, the two main services, will bring in a combined $60 million in entry fees in the first week of the NFL season, according to Adam Krejcik, a partner at Eilers Research. Sports books in Las Vegas, by contrast, are expected to handle about $30 million.

Go ahead and read that again. The top two daily fantasy sports sites pulled in twice the amount of money over the past week than Vegas sports books generated. That’s almost certainly because daily fantasy sports aren’t considered sports gambling, which is why pro sports leagues and teams have been heavily partnering up with DraftKings and FanDuel in recent months.

The article by Joshua Brustein and Ira Boudway is about far more than that, composing what is basically a cautionary tale for fans and players. With so many more people playing daily fantasy sports, so many more are going to lose. And the flood of new participants creates a far larger pool for more experienced fantasy players with a wealth of resources that tips the games in their favor, such as statistical models and automated programs allowing them to play multiple entries at once, numbering in the hundreds. The average fan deciding to play on a whim almost has no chance, other than what luck may provide.

However, that’s not going to stop a whole lot of people from giving daily fantasy sports a try. Ubiquitious and voluminous advertising that invites fans with the possibility of winning thousands of dollars is just too enticing. The curiosity is too strong. Even though it can all be in good fun, and most everyone likes to take a shot at games that reward a bit of skill and knowledge, only an elite few — and obviously the companies conducting these games — are the ones truly profiting.