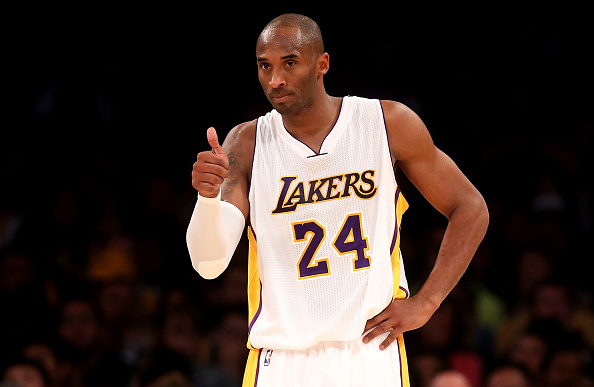 Derek Jeter’s Players’ Tribune is a growing force in the sports media world and the digital media space.  In addition to the first-person writing on the website (which may or may not directly be written by the athletes), the Tribune has entered into some pretty high-profile partnerships, expanded into audio, and may even get into the restaurant industry.  Business appears to be booming – and it’s about to get better thanks to an investment from another superstar.

Lakers guard Kobe Bryant, who doubles Editorial Director for the site (and seemingly the top understudy to Founding Publisher Derek Jeter), is now an investor in the platform.  It’s part of a round of funding for The Players’ Tribune that totals $15 million.

Lakers star Kobe Bryant has been involved with The Players’ Tribune, an athlete-driven website founded by former Yankees shortstop Derek Jeter, since last December. But Bryant has taken that relationship a step further.

The Players’ Tribune announced a successful close of its Series B financing totaling $15 million Tuesday.

Bryant, through his own investment firm, partnered with the venture capital firm New Enterprise Associates to make what The Players’ Tribune called a “significant investment in the platform” in a news release.

The exact terms of Bryant’s investment were not disclosed. His most notable piece on The Players’ Tribune site was a first-person essay about passing his idol Michael Jordan for third place on the NBA’s all-time scoring list.

In the release, the site said the financing will help the 1-year-old site “broaden and develop multimedia editorial offerings, including written pieces, photography, podcasts and The Players’ Tribune Radio.” It will also help to significantly expand the site’s video content, including popular series such as “Players’ POV,” “Singular Focus” and “1440.”

Given the players involved – and now even more importantly, the money involved – The Players’ Tribune is here to stay.  We all may poke fun at the middle management titles that have been given to the players who write articles (hopefully Matt Harvey isn’t too busy with his New York City Bureau Chief duties to focus on the World Series).  And we may wonder about how the content is actually made, but it’s a thriving platform that is resonating with its most important clientele – the players themselves.

It’ll be interesting to see what the ceiling is for The Players’ Tribune.  One would think it might serve a bit of a niche audience with its first person storytelling.  However, the expansion into other platforms can build a brand that can be a lasting one.  And as the site is able to break more stories and get more athletes to come on board, it should only continue to grow.