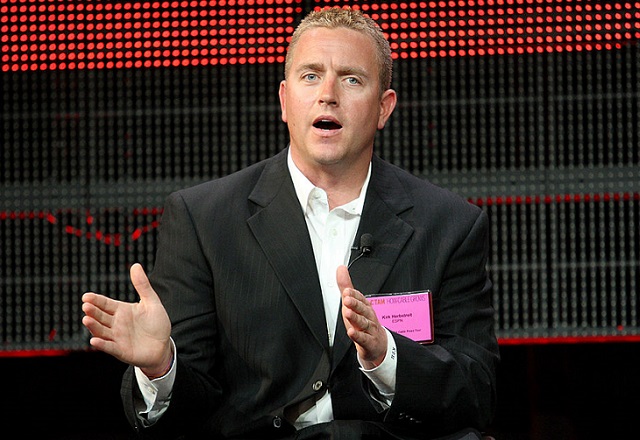 ESPN TV personality Kirk Herbstreit made an appearance on ESPN’s Mike & Mike show Wednesday morning and in the midst of discussing the many issues surrounding his alma mater Ohio State football team, he shared some thoughts on college athletes, social media and how the two are a recipe for disaster best left unmade.

“My recommendation in the future for all coaches – and I don’t know if you could control this – is get players away from social media; college players. Because what I find is it’s counterproductive. And I know it’s freedom of speech and you guys should get on this topic some time. And I don’t know how you’d control it. But I’ve never seen a team as active as Ohio State on social media and kind of going back-and-forth, whether it’s the fans, or media, or whatever it might be.”

Perhaps one of the most infamous college football player tweets came from a current Ohio State player, quarterback Cardale Jones, whose “we ain’t come to play SCHOOL” tweet will probably follow him for the rest of his career.

#TBT still can’t believe I tweeted something as stupid as this but hey, we live and we learn, after your religion/ pic.twitter.com/mqCLK2uEHw

Herbstreit even went as far as to say that the players might have been spending too much time tweeting and not enough time practicing:

“I think in some weird way, that may have had some sort of impact on Ohio State, because those guys, they were tweeting more than they were practicing it seemed like sometimes. Those guys were really, really active – and kind of cute – on social media. And they need to put that away. All teams, in my mind, needs to put that stuff away.”

Krik later admits that he understands this is the world this generation lives in ( “I have four boys, I get it.”) but that coaches should ask their players to log off from the time practice begins to the time the last game of the season is played.

247sports notes that the Clemson and Iowa football teams, who are currently undefeated, have in-season bans on social media.

All of this seems to make it pretty easy to say that the argument makes sense even if you disagree with not letting college athletes engage in social media. Except that it’s also probably a little bit of  correlation implying causation. You don’t have to watch too much football to know that Clemson and Iowa would almost certainly still be undefeated if their players tweeted about games afterward just like Ohio State would almost certainly be 11-1 right now even if their players couldn’t. The impact one has to do with the other is, at best, minimal.

One college coach who doesn’t restrict social media and Syracuse basketball coach Jim Boeheim. His reasoning? Players are in college to learn and personal responsibility is part of the learning process:

“We talk to them about it, but we don’t restrict them. They are in college to learn. To go through college experiences. We don’t put a lot of rules on it in terms of ‘you can’t do that.’ We hope that they understand what it is if you put it out there, it’s going to get around.”

“Nobody restricts any other college students from doing anything. We want them to be a college student and have the freedom to do things. They just have to understand that if they do something, it’s going to get out there.”

It makes a coach’s life easier if they just block players from using social media altogether. But is that the best use of your role as a coach and leader of young people? Guess it depends on how you view the situation and your role in developing them as football players or as young adults.