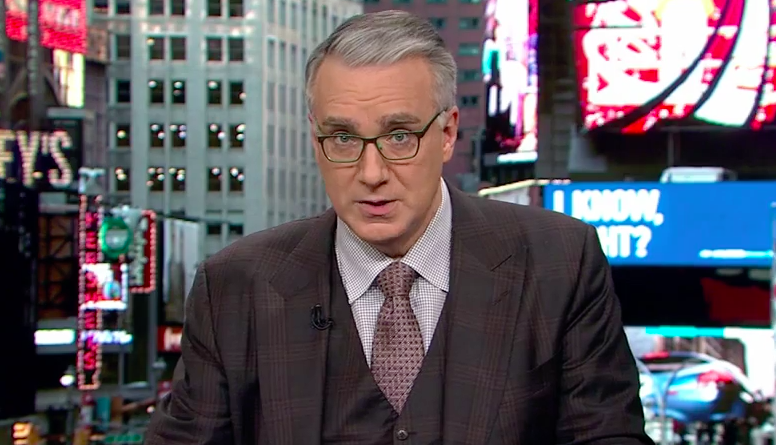 Keith Olbermann was suspended by ESPN last week after getting into an ugly Twitter War with Penn State students who were raising money for pediatric cancer.  Olbermann’s Twitter persona has been as fiery and combative as the days when he was delivering special comments calling out George W. Bush on MSNBC.  The host has casually referred to his Twitter scraps as “batting practice” in which he takes swings at anyone who enters into his mentions whether they be NASCAR fans, the New York Daily News, Penn State students, conservatives, or whoever the opponent of the day might be.  To Olbermann, it was almost a matter of sport.

However, that approach to Twitter was always going to end poorly.  The indiscriminate “batting practice” caught up to Olbermann when he appeared to criticize Penn State students who were fundraising by calling them “pitiful.”

After Olbermann’s suspsension, we wrote that the host was at a crossroads in his ESPN renaissance.  Before the suspension, Olbermann had enjoyed an acclaimed, trouble-free run in coming home to ESPN2, the network he launched 20 years ago.  But in light of this recent controversy, he had to make the decision whether his “batting practice” on Twitter was worth risking his successful return to ESPN.  Would Olbermann continue to throw caution to the wind on Twitter and elsewhere, or would we see a distinctive change?

In his return to his eponymous ESPN2 show on Monday, we got the answer: Olbermann said he wouldn’t be taking any more swings in the cage.  He called out his own “stupidity” over the tweets, discussed donations to charitable causes, and talked about the need to step away from the “wild west saloon brawling” on Twitter.

As far as Olbermann’s career at ESPN, his stepping away from “batting practice” could be a saving grace for him.  If he had continued taking swings at anyone and everyone on Twitter like he was Vladimir Guerrero, he would eventually strike out.  Instead, he can focus his energy on what he does best and save it for his show.  It’s a decision that could set a positive course for the rest of his ESPN tenure.

Unbelievably, KO also admitted that he didn’t click on the link to discover what was in that original tweet that started it all.  He merely responded to the “we are” and it all went downhill from there.  Had KO just took the four seconds to click on the link to see what PSU students were doing, none of this would have ever happened.

And really, that says it all about Olbermann making the right decision to step away from his batting practice, doesn’t it?  That we get so caught up in the fight on Twitter that we don’t even take time to think about what it is we’re doing.  And as we discussed with the abuse towards Curt Schilling’s daughter yesterday, all too often we remove the human element from Twitter, which should never happen.  How many jobs could be saved?  How many suspensions could be revoked?  How much abuse and indignation could be erased… if we all simply thought before we tweeted.  As Olbermann discovered, sometimes those lessons are learned the hard way.  And hopefully someone else out there learns from Olbermann’s example and puts down the bat as well.