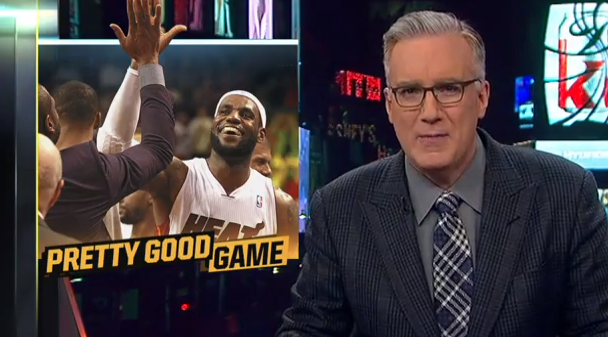 The smartest guy in the room doesn’t have a room—again.

Keith Olbermann did his final “Olbermann” show a few weeks ago on ESPN2. It was a quiet, amicable departure, which is somewhat of an upset given his history. He didn’t “napalm” any bridges as he did when he previously left ESPN.

ESPN termed it a “business decision.” The network determined Olbermann, with a hefty contract, wasn’t worth the ratings his show delivered.

There was speculation that Olbermann was let go because of his hard-line commentaries on NFL Commissioner Roger Goodell. The NFL clearly is ESPN’s most important business partner. It’s not a good thing to make Roger and friends too upset.

However, if ESPN tried to put a muzzle on Olbermann regarding Goodell, I would be stunned if he didn’t shout that news from the rooftops of Bristol, such as they are. It would be a major blow to the network’s credibility as a sports news source.

Bottom line: While it might make life easier for ESPN president John Skipper in upcoming meetings with the commissioner, if keeping Olbermann made financial sense, he still would be at ESPN.

Finding an appropriate time slot for “Olbermann” likely led to its downfall. Initially, it started as a late-night experience, but too often the show was pre-empted and/or delayed by games. It is difficult to develop an audience that way. “Olbermann” eventually was moved to 5 p.m. on ESPN2. Maybe with more time, more viewers would have come aboard.

ESPN, though, said Olbermann’s time was up. That’s a shame because ESPN needs someone like him.

Olbermann has the talent that makes the rest of us in the business feel inferior. His commentaries always were biting, funny, and most definitely thought-provoking. He took ESPN down roads that it rarely traveled. In noting his departure, ESPN anchor Steve Levy issued this tweet: “1 man, 2 N’s… @KeithOlbermann – thank you #talent.”

Washington owner Daniel Snyder likely won’t miss Olbermann at ESPN. The controversy over the team’s nickname was a frequent subject for Olbermann. Here’s an excerpt from a commentary in June in which he ties in the debate over the Confederate flag in South Carolina.

You won’t find that kind of writing or depth of perspective anywhere else at ESPN.

“He was to ESPN television what Bill Simmons was to ESPN.com in terms of heft. Intellectual. Certainly brilliant. And somehow he blended those things to create a unique experience — which was based on his political show at MSNBC — for sports fans who appreciated some layers to their sports.”

“His lone-voice show was a nice departure from many of the multivoiced opinion shows on ESPN’s various platforms. And there were few things on television each day more interesting than Olbermann’s “Worst Person in the World” segment. It and he, for now, will be missed.”

Surely, Olbermann will land elsewhere. An election year is coming up, and he will have plenty to say on that front.

However, I also hope he finds a platform somewhere in sports. He has a unique passion for all things sports, and he clearly has plenty to say.

Olbermann’s voice is needed in sports. Too bad it won’t be at ESPN.