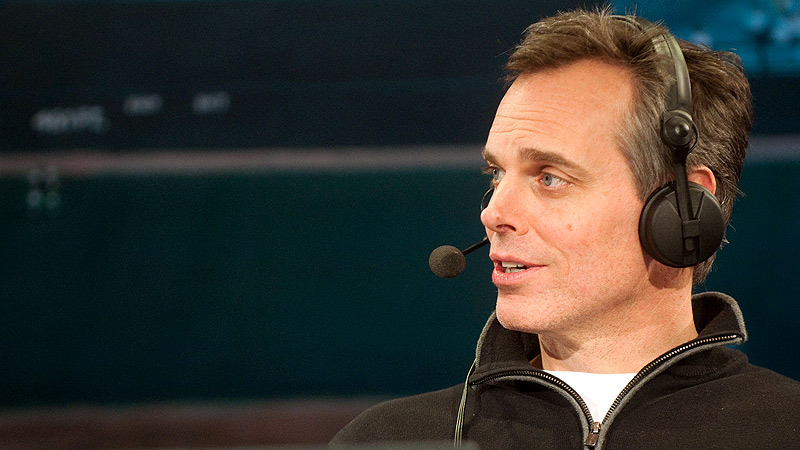 One of baseball’s most vocal sluggers is not happy with Colin Cowherd for the radio host’s negative portrayal of Dominican players, and the MLB Players Association is reportedly equally upset.

Cowherd, who just this week announced his intention to leave ESPN Radio after 10 years, devoted part of a segment Thursday to the apparent simplicity of baseball, saying there’s a reason one-third of MLB players are from the Dominican Republic:

It’s far from the first time Cowherd has made remarks with racial undertones, but this time, it wasn’t as subtle. Hardball Talk has the comments with pretty full context that is not a good look for Cowherd or ESPN:

Cowherd: “It’s too complex? I’ve never bought into that ‘baseball is too complex.’ Really? A third of the sport is from the Dominican Republic. The Dominican Republic has not been known in my lifetime as having world class academic abilities. A lot of those kids come from rough backgrounds and have not had opportunities academically that other kids from other countries have. Baseball is like any sport. It’s mostly instincts. A sportswriter who covers baseball could go up to Tony La Russa and make an argument and Tony would listen and it would seem reasonable. There’s not a single NFL writer in the country who could diagram a play for Bill Belichick. You know, we get caught up in this whole ‘thinking-man’s game.’ Is it in the same family? Most people could do it. It’s not being a concert pianist. It’s in the same family.”

Toronto Blue Jays right-fielder Jose Bautista, or someone on his social media team, caught wind of Cowherd’s rant and took him to task. Bautista tweeted less than an hour after the Jays defeated the Oakland Athletics in a matinee game, and clearly, he wasn’t in a celebratory mood:

Dear Mr. @ESPN_Colin before i rip you a new one i would like for you to explain what u meant to say about baseball and dominicans, please

Bautista has gone after members of the media before – who could forget his classic “Who are you and why are you talking to me?” burn directed at the Toronto Sun’s Steve Simmons – but Cowherd is clearly in the wrong here.

The Blue Jays star isn’t the only one upset by Cowherd’s remarks. A source close to the MLB Players Association told USA Today Sports that the union is not pleased:

The players association has not issued a formal statement, but a person close to the union assailed Cowherd’s professionalism and termed the comments ignorant and offensive.

The person, who spoke to USA TODAY Sports on condition of anonymity due to the sensitive nature of the topic, also said the lack of response from ESPN – and Cowherd’s future employer, Fox, has upset its members just as much as the comments, and they will consider withholding cooperation with the networks. ESPN and Fox are national rightsholders to major league games, and Fox carries its jewel events, the All-Star Game and World Series.

There’s nothing wrong with saying baseball isn’t as complicated as some suggest, but making sweeping generalizations about Dominican players and their intelligence to further the argument is completely unnecessary and incredibly harmful. But it’s par for the course for Cowherd, who continually makes these kind of lazy and stereotypical comments.

ESPN executives can’t be thrilled with this, but they won’t have to worry about Cowherd damage control for much longer. He’ll be Fox’s problem soon enough.