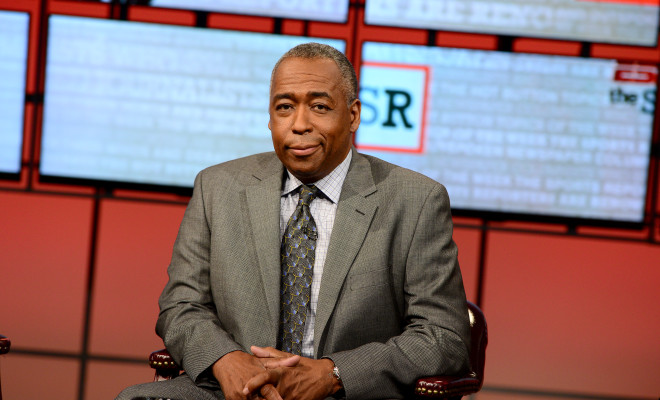 He’s been with ESPN dating back to 1986 and has filled several roles including SportsCenter anchor, NFL Primetime co-host, Stanley Cup Finals host, and more recently ABC college football host and college basketball play-by-play man. And ESPN has announced that John Saunders has signed a new contract extension that keeps him with the network for at least the next few years.

In addition to hosting college football and calling college basketball, Saunders has been host of The Sports Reporters, the weekly Sunday morning talk show since 2001. The new contract will also ensure Saunders will have a role on the College Football Playoff.

Saunders has been a solid host no matter the sport and no matter the program. He has been ESPN’s front man for college basketball, college football, MLB, NBA, NHL, WNBA and other sports. And he’s been to several events anchoring live from game sites.

In the official announcement, Saunders said, “I’m closing in on 40 years as a sportscaster, during which time I’ve covered or hosted The World Series, Super Bowl, Stanley Cup Finals, NBA Finals, College Football title games and the Final Four. But I am most proud of the 28 plus years I’ve spent as part of our family here at ESPN.  Bob (Ley), Boomer (Chris Berman) and I all started on SportsCenter, and the three of us are coming up on a combined 101 years at ESPN. How many places can say that? This is home.”

This new extension ensures that Saunders will go into his fourth decade at ESPN and will most likely keep him at the network until he decides to leave or retire.