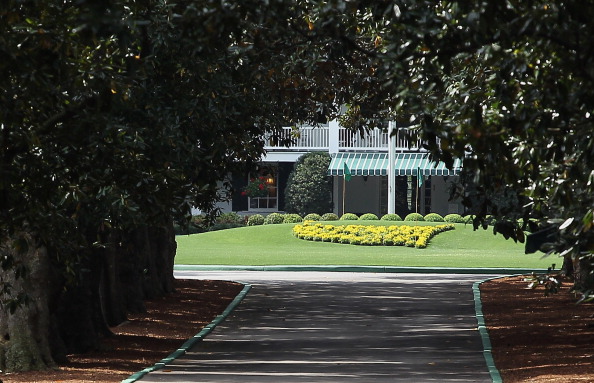 Journalism is at the same time an editorial endeavour and a business, and the divide (or lack thereof) between the sides has always been a subject of much debate. This week, Joe Posnanski revealed one time when the business side appears to have trampled the editorial side. In the wake of black golfer Charlie Sifford’s death Tuesday, Posnanski wrote on his personal blog about how an early-nineties column he’d planned to write on Sifford’s feelings about race and the Masters was killed by his newspaper of the time, The Augusta Chronicle:

I was the columnist at the Augusta Chronicle in the early 1990s, and it’s fair to say that in those days the newspaper was hypersensitive to the feelings of Augusta National. I wouldn’t say the paper was in the club’s hip pocket; the Chronicle reported all sorts of Augusta National stories, positive and negative and controversial. But, there was a very real sensitivity, especially to questions of race. In 1992, Charlie Sifford wrote a book called “Just Let Me Play.” I had just started as columnist at the paper. I thought it would be a good idea to talk to Sifford.

You might know Sifford’s story: He began golfing at the time he began caddying, age 13. He came of age in the 1950s, in the years of Rosa Parks and Brown vs. Board of Education, just after Jackie Robinson broke the color barrier in baseball. In golf, like in baseball, African Americans had created their own tournaments, their own circuit, and Sifford was a star. It was clear to anyone watching — just as it was clear for Satchel Paige and Josh Gibson and others before Robinson — that Sifford could compete with the best white golfers in the world.

But he could not get into the PGA tournaments. Unlike in baseball, where there were unwritten rules, the PGA had a caucasians-only clause in its constitution. …

I fully knew it would be tricky to get in a column about Sifford ripping the Masters for its stance on race. But I idolized [Jim] Murray, had read all his Sifford columns, and I wanted to write something about him too. I also remembered Roger Kahn in “The Boys of Summer” explaining how he wrote about the Dodgers using a racial slur about Junior Gilliam. “Eventually,” he wrote, “the Tribune published the cryptogram without a single stroke of editing.” This wasn’t the same thing by any stretch, but I thought I could write my own cryptogram.

I remember the theme was something like this: “You might not agree with Charlie Sifford, but after the life he has lived he deserves to be heard.” I remember thinking that this logic was unassailable. The man had endured every kind of indignity an athlete can endure. He had to be heard, right?

Ed reminded me of the kicker: “Those people from Augusta National,” Sifford said, “they’re from another planet.”

The column was killed. I recall a vague explanation from a somewhat sheepish editor. The column, he said, wasn’t being killed, exactly, it just needed to be rewritten after giving Augusta National the chance to respond. But the editor and I both knew this was wordplay. Augusta National in those days would never respond even to innocent requests that would heap nothing but glory upon the club. I had tried to get a comment — it had not even reached the “Yeah, we’ll get back to you” level of rejection. There was no chance they would respond to Charlie Sifford. And they did not. I tried again, though probably half-heartedly. The column died. As I think about it now, I should add: I was young and pretty terrible as a columnist. The column might have been absolutely unprintable, I don’t know. I wish I had kept it somewhere. I did not keep it. Stuff was harder to keep in those days.

Sometime later, I saw Charlie Sifford — he did not remember me or the story I had wanted to write. But he was very patient as I explained to him what had happened. He reacted as if I was telling him the weather. Sifford had lived the life of a pioneer, a life of resolve and courage and small triumphs and bitter disappointments. One more quote from Jim Murray: “Golf was not a game for ghettos. Neither did it leave any time for picket signs, joining demonstrations or running for office. Charlies birdied his way through society prejudice. He broke barriers by breaking par. His weapon was a nine-iron, not a microphone.”

When I finished explaining, Sifford said, without bitterness, “Well, of course they didn’t print that. What did you expect?” Then he smiled and patted me on the shoulder and walked off, leaving me to work out the lesson.

That conclusion may not have been unexpected to Sifford, or to those who have seen the power Augusta National often exerts, but it’s remarkable from a journalism standpoint, and it’s even more problematic than most of the ethical conflicts that are commonly talked about. Often, the discussion of media editorial and business relationships centres around bias in published or aired coverage, real or perceived. We’ve seen that many times, as with questions about if ESPN’s business relationships with the SEC or NFL (or lack of relationship with the NHL) affects their coverage. Reading (or watching, or listening to) a piece and wondering if business relationships played a role in it is quite common these days, and that kind of healthy skepticism is often smart; most editorial decisions likely aren’t impacted by business relationships, but considering that possibility isn’t a bad idea, and some of them may well be.

However, the possibility of bias in a published report is one thing: completely killing a piece that might have been critical of a valued partner is something else entirely, and something much more severe (as a recent CBC News controversy also indicates). For the Chronicle to outright kill Posnanski’s story on Sifford’s book and his criticisms of Augusta National is incredibly poor journalism.

Augusta National may be unique in sports in the power it exerts over the media. Not only is there this disturbing story from the local beat, but consider the unique television relationship The Masters has with CBS. Augusta National has a one-year rolling contract with CBS that gives them all the leverage in the world. If there’s even one thing that displeases the club, they can take The Masters away from CBS at any moment. Or they can tell the network which commentators aren’t welcome anymore, like Gary McCord.

But for such a serious issue as Augusta’s past troubles with race, spiking this story to protect the club and hide the truth is an unconscionable journalistic decision. Of course, this happened decades ago, so it’s not necessarily reflective of the current mentality at that paper. It’s not necessarily something that would happen in this exact form today, either. However, Posnanski’s story is a disturbing look at how business interests can sometimes get in the way of journalism. Here’s hoping that this isn’t a particularly common case.