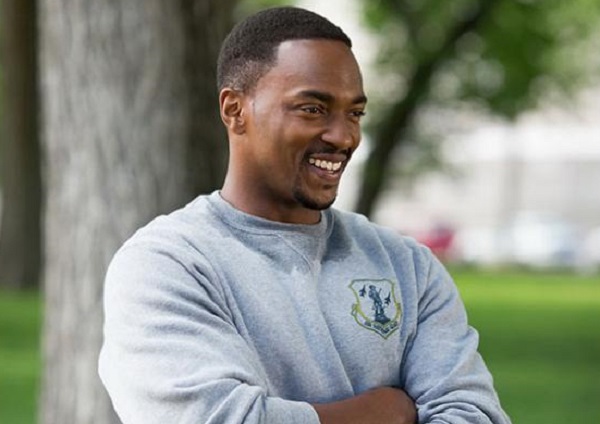 Anthony Mackie has been doing good work in supporting roles for quite some time now, most recently in Captain America: The Winter Soldier and Black or White. (He’s been a personal favorite since playing Nate Ruffin in 2006’s We Are Marshall.) But it’s about time the man gets to lead a movie. He’ll soon do so playing one of the most legendary figures in sports history.

Mackie is set to play Olympic hero Jesse Owens in an as-yet-untitled film. The project has actually been in the works since 2014 with Mackie attached to the role. The difference now, according to Deadline, is that the movie is finally ready to go at Relativity Studios and will soon be shopped around to prospective directors. Producers hope to release the film in time for the 2016 Summer Olympics, which will be the 80th anniversary of Owens winning four gold medals in Berlin and demolishing Hitler’s ideas of Aryan superiority.

The Mackie film trails behind another Owens biopic that has already finished filming and is scheduled for an April 2016 release. Race stars Stephen James as Owens, with Jason Sudeikis and Jeremy Irons also in the cast. Sudeikis plays Owens’ coach, Larry Snyder, who fought for the athlete to travel and lodge with white athletes. Irons portrays Avery Brundage, the International Olympic Committee president who urged the U.S. not to boycott the 1936 Summer Games.

Competition to make the definitive film account of Owens is pretty fierce. A third Owens film, based on Jeremy Schaap’s 2008 book Triumph, is also in development at Disney. Having a relatively well-known star like Mackie in the lead role could ultimately be what helps his movie stand out.

Hopefully, Mackie does better as a runner playing Owens than he did in the last Captain America movie, during which the superhero lapped him several times around the National Mall.