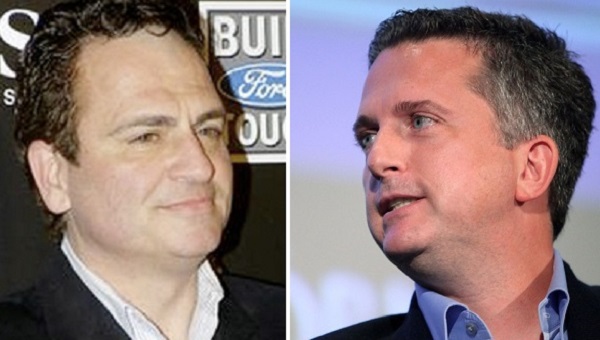 After the news of Bill Simmons and ESPN parting ways broke on Friday, was anyone asking “Hey, I wonder what Jay Mariotti thinks about all this?”

Yet among the blizzard of articles, blog posts and Tweets responding to the biggest sports media story of the year, Mariotti did indeed chime in with some thoughts on the matter. First, he asked if “it occurred to anyone that Simmons simply isn’t very good,” in an attempt to stand out from all of the attention that the story was getting from a variety of sources covering sports and general media, such as The New York Times.

Maybe that’s not a bad question to ask, until you consider the source of the query. Mariotti then followed up on his point with another take.

ESPN created a superfan, now ESPN has uncreated him. Superfans are not real and don’t have staying power.

That was a teaser for a longer column in which Mariotti rages against the era of new media, embodied by Simmons, during which different voices and outlets competed for headlines and page views against the older guard of newspaper columnists and TV commentators. In Mariotti’s view, all of these new voices were simply fans given a platform they weren’t deserving to stand upon. Painting with the broadest of brushes, like something you’d see in a drive-thru car wash, he casts all of online media in a category of “reckless, unqualified voices.”

“A new century gave rise to sports websites that had to compete against legitimate journalists who actually broke news responsibly, covered games and press conferences on site, interviewed subjects, understood libel/slander law and carried the profession with savvy.”

This feels like an opinion taken from 2004, maybe even earlier. Your eyes might get itchy from the dust being blown off it into your face.

Swiping away the cobwebs reveals a modern reality in which many of those legitimate journalists fight to break news first, sometimes posting developments to Twitter that haven’t fully formed into complete stories yet. The competition, as we all know, is fierce. Sure — older, accomplished reporters can lament this evolution of media. But those more concerned with shaking their fists at the new machine quickly find themselves left behind and wondering why they’re no longer relevant.

Dismissing online writers as “fanboys” is willful ignorance, deliberately overlooking the time, work and care that goes into the content most of us consume these days. No, many of these writers didn’t pay the same dues that traditional media laid forth, such as covering prep sports, doing office work, or performing stringing assignments. But they often worked for free, churning out content to be competitive, hoping for a break from the rare outlet that provided paying work.

The writers who are taken seriously, who are legitimate, to use Mariotti’s term, learned a long time ago — and quickly — that they needed to do their homework on their chosen topics, they needed to support opinions with facts and data, rather than a reflexive take. These new voices weren’t anointed. They earned readers’ attention and devotion with thoughtful, knowledgeable material. Those that didn’t put that kind of thought into their craft were quickly ignored by an audience moving on to the next voice deserving of their increasingly limited time. 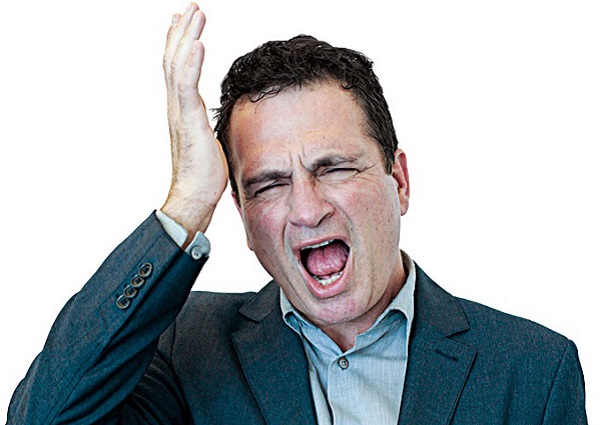 For Mariotti to belittle newer writers for failing to cover events and press confernces live, for not interviewing the subjects being written about is eye-crossingly mystifying. Mariotti’s own colleagues at the Chicago Sun-Times, such as Chris De Luca and Rick Telander, pointed out that he would never face up to the opinions he wrote by appearing in the locker room, by holding himself accountable to those he criticized afterwards.

You want to earn respect from fellow reporters and columnists, along with the people you cover? You want to be viewed as legitimate? Write something critical and then face that person directly the next day to answer for it. This is a crucial part of the job, one Mariotti apparently had no interest in. Even Roger Ebert called him “a rat” for leaving newspapers for television, and deriding print media on his way out the door.

But the hilarious, facepalming aspect to Mariotti’s piece is his apparent belief in what constitutes legitimacy these days. Evidently, sportswriters should all be taking law classes or carrying law degrees before daring to convey a story or express an opinion. He mentions this four times in his diatribe, asserting that Simmons and others of his new media, “fanboy” ilk need to understand libel law before saying anything critical.

In Mariotti’s view, if Simmons had a better understanding of such laws, he wouldn’t have made the remarks about NFL commissioner Roger Goodell that got him suspended and perhaps led to his termination. Furthermore, Simmons would understand why those comments got him in trouble if he just took a couple of law classes.

Never mind that this was essentially a workplace issue between labor and management, a worker publicly testing his bosses and the boundaries of his importance. That happens in every workplace, in every industry throughout the country throughout the world. Simmons knew exactly what he said and the uproar it would cause, which is why he dared ESPN to suspend him in the first place. It’s why he became increasingly bold and outspoken about his colleagues at the network. Simmons didn’t need to spend two nights a week at a local college to learn that. And if he was guilty of thinking he was bigger than the institution he works for, he very likely realizes who’s bigger now.

Ultimately, Mariotti’s column comes off as an insanely jealous rant over someone like Simmons becoming a major power player in sports media, while the former Sun-Times and AOL columnist — also a daily ESPN on-air pundit — burned all of his professional bridges and went into hiding, popping his head above ground to write an e-book, until the San Francisco Examiner gave him a forum to voice his opinions for reasons still unknown. And that’s not even addressing the legal issues that made Mariotti a radioactive hire for any mainstream media publication.

Simmons is also extremely likely to find work at another reputable outlet with a considerable platform the moment he becomes a free agent. Yes, he reached that status by using the voice of a fan. But he also took the opportunity he was given and made himself the most important sports media personality in the nation, regardless of what role ESPN played in enabling that.

We no longer live in a media climate in which columnists have the final, authoritative say on what happens in sports on and off the field. We get to see all the games too. We get to watch many of the same press conferences and interviews. We have access to more information and data than ever before, going on more than eyeball tests and gut feels.

That is the world we live in now, that is the state of sports media — and media in general — in 2015. If Mariotti feels marginalized by these developments, this evolution, he only has himself to blame for that. But he’ll try to take someone like Simmons down with him if he can. Unfortunately, he just doesn’t realize how jealous, petty and removed from reality he looks for it.