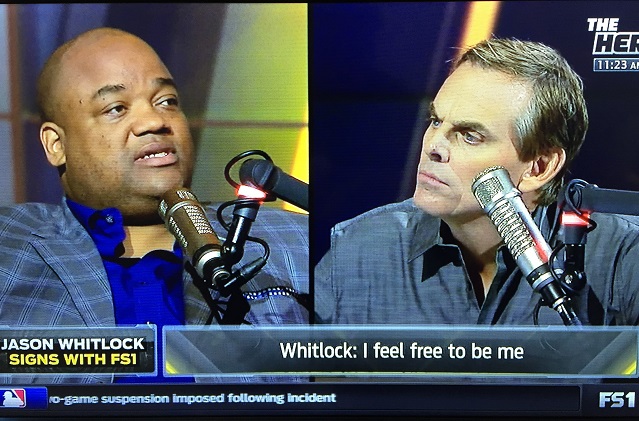 Making his FS1 debut on The Herd with Colin Cowherd, Jason Whitlock presumably had a big announcement to make. That’s what Cowherd promoted throughout his show on Wednesday, leading up to Whitlock’s appearance after 2 p.m. ET.

So when the newest member of the FS1 family sat down on the sofa in Cowherd’s studio, fresh from his dismissal by ESPN, the expectation was that Whitlock might have something compelling to say. Maybe he’d even drop some verbal bombs. Cowherd certainly seemed to be hoping so, admitting beforehand that he was a little nervous about the interview and making a point to mention that their conversation was “unplanned.”

Well, Cowherd might now be wishing that a little more planning and pre-interview work had gone into that exchange. While Whitlock did not announce that his new venture with Fox Sports was called “The Big Letdown,” his FS1 debut could very well have carried that title.

To be fair, not everyone listening to Cowherd’s show or watching on FS1 already knew what was hardly a secret, that Whitlock was joining Fox Sports and had a new digital platform for himself, which he rolled out with a manifesto called “The Explanation 2.0,” the first installment of which was titled “Still Undefeated.” And Whitlock did share some news, announcing that he will have a TV show on FS1.

Oh, and Whitlock also shared a story about living with a 26-year-old who had a medical marijuana license when he first moved to Los Angeles, and getting high all the time. He actually seemed more interested in bragging about that and teasing Cowherd about dyeing his hair when upon joining Fox Sports than saying anything interesting about his upcoming work with the network. 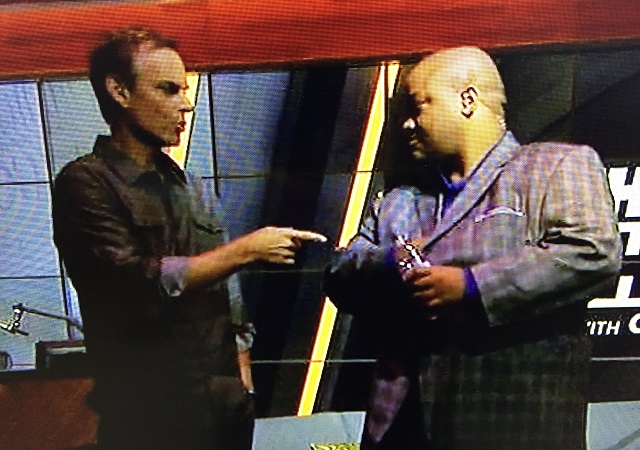 Whitlock’s writing outlet will apparently be limited to his “j.school” site, which is a Tumblr blog. Whether or not that will be syndicated on the Fox Sports website remains to be seen. But Whitlock’s new forum doesn’t exactly have the Fox Sports brand attached to it. Maybe that’s intentional, as he seems determined to show that this outlet is him, unfiltered.

Yet while Cowherd seemed to want a simpatico pow-wow with a fellow ESPN expat, Whitlock just wouldn’t take the bait, saying a couple of times that he’s “gotta be careful.” What? Whitlock careful? Is that what people were tuning in to hear? You could almost feel Cowherd climbing onto his desk, frustrated that his guest wouldn’t give him something for him and listeners to chew on, only expressing his apparent joy that he finally felt free, not persecuted for being himself.

Whitlock was instead The Big Tease, talking about how he’ll unfold the entire saga of his failure at ESPN over the course of who-knows-how-long at his website. Cowherd kept lobbing underhand slow-pitch softballs to Whitlock, hoping he would name names and lash out at those who criticized and exposed him in investigative articles such as Deadspin’s Greg Howard, Newsweek‘s Winston Ross and New York‘s Reeve Wiedeman. It was “going to take some time to explain that,” in Whitlock’s words. That evasiveness likely wasn’t what Cowherd had in mind.

Cowherd also revealed that Whitlock will appear on The Herd each Wednesday, and has to be hoping that future conversations will be more provocative and challenging than their initial chat. (When Whitlock admitted that Jim Harbaugh was a better coach than Brady Hoke, Cowherd poked back, “Are these the kind of hot takes I’m going to get?”) Cowherd asked Whitlock if he, as a white man, should talk about the “young black experience” when he didn’t have that sort of upbringing. Take issue with Whitlock being the person to counsel or correct Cowherd on such matters, if you will, but at least that has the promise of a compelling exchange.

Otherwise, we could be in for a weekly conversation about The Wire, how Cowherd has only watched two episodes of the series, and Whitlock explaining that Cowherd will never understand why he left ESPN unless he watches David Simon’s celebrated TV show, a consistent reference and crutch for Whitlock in his commentary. If that keeps up, Fox Sports execs might have to create their own website titled “The Justification.”