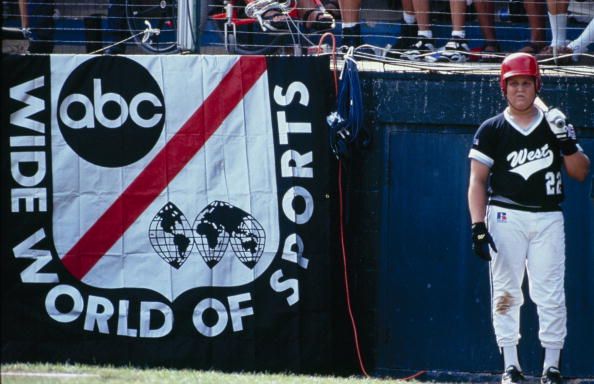 If you’ve tried to get internet service without TV service from any of the big cable companies — and by big, I mean AT&T, Comcast, Time Warner Cable, and Verizon — in the last few years, chances are they tried to strike this deal with you: keep basic cable with just local channels, and you’ll pay less for the bundle than you would for internet service by itself.

Why bother with such a policy? Because every quarter, big cable has to show its shareholders that this huge cord cutting phenomenon isn’t impacting them they way everyone says it does. “Look, everyone! We only lost 39,000 TV customers last quarter! Our customers are still buying bundles! Our ISP business is growing, too! You should totally add more of our stocks to your portfolio!”

Meanwhile, ESPN has been losing roughly 300,000 subscribers per month this year, and other cable networks are experiencing similar steep declines. What else could explain such a discrepancy other than big cable’s bundle-at-all-costs policy?

That policy has an interesting side effect: broadcast networks are able to keep more customers through cable TV than many cable-only networks. Thanks to the Cable Television Consumer Protection and Competition Act of 1992, broadcast networks can collect retransmission consent fees from cable companies for every customer that receives their channels.

Comcast, of course, benefits twice from convincing customers to pay less for an internet-plus-basic-TV bundle, because Comcast owns NBC and can pour those retransmission fees into its own company. Still, all the big cable companies benefit by being able to show off how many customers still “prefer” bundles to internet-only service, and all the broadcast networks reap the benefits. According to SNL Kagan, broadcast networks are projected to earn $6.3 billion in retransmission fees in 2015, and that number could be as high as $9.8 billion by 2020. CBS, in particular, has publicly stated its intent to collect $2 billion in retransmission revenue by 2020.

Keep in mind this is for TV channels that are available over the public airwaves for free. SNL Kagan projects that these channels could earn an average fee of $1.53/month per subscriber from cable — still a long way from ESPN’s current subscriber fee of $6.61/month, but if ESPN’s customer base continues eroding, broadcast networks just might be able to chip away at ESPN’s huge sports rights catalog.

Consider the Big Ten, which is about to begin negotiating with networks soon for a new deal to begin in 2017. The current contract is divided up four ways:

It wouldn’t be a stretch to imagine the Big Ten’s current broadcast partners emphasizing ESPN’s rapidly declining subscriber numbers to commissioner Jim Delany and asking him how comfortable he is tying his conference’s future to a sinking ship. After all, broadcast TV has always reached more homes than cable, and as cord cutting and cord shaving increases, that gap between broadcast and cable will only grow.

What CBS and Fox won’t tell Delany is that the retransmission fees they collect from cable companies is rising, while ESPN’s subscriber numbers are dropping. Big cable’s bundle-at-all-costs policy allows the broadcast networks to store up a war chest that it can use to pay the Big Ten while ESPN is forced to slash its costs.

ESPN could counter this by offering to air more games on ABC, but having more games on ABC could potentially reduce the value of ESPN’s channels, and the two Disney-owned channels don’t necessarily have the same synergy that Fox Sports 1 has with Fox’s broadcast network. Fox can hammer this point home with its spectacular ratings for the FIFA Women’s World Cup across all its channels. CBS, meanwhile, can point to its high ratings for SEC football games and tell Delany it can do that for the Big Ten, too, and wouldn’t it be valuable to Big Ten coaches to have these games on in the homes of recruits that increasingly can’t afford cable?

And lest we think this is too high a cost to bear for any broadcast network, consider how much CBS and Fox can collect in advertising for big games. Fox collected $40 million in ad revenue for the Women’s World Cup, which went a good way toward paying the first year of its $53.1 million-per-year deal with FIFA. CBS and Turner pay $772 million per year to show the NCAA men’s basketball tournament, but March Madness brought in an estimated $1.07 billion in ad revenue in 2015. Games shown on broadcast channels played a big role in both events, and football games on broadcast networks collect more ad dollars than any other sport.

That ad revenue becomes pure profit when broadcast networks can use the retransmission fees from cable companies to pay for sports rights. If those numbers go up while ESPN’s subscriber numbers go down, we could start seeing changes in the TV sports landscape sooner than we think.