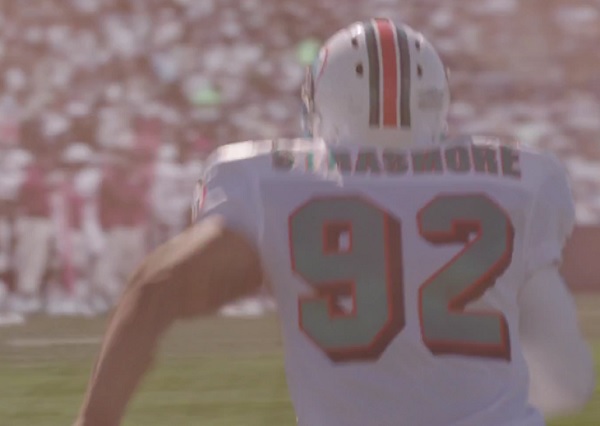 If you watched the premiere episode of Ballers Sunday night on HBO, perhaps you noticed the official NFL logos being part of the on-screen scenery.

Maybe you also wondered how the show was able to use those NFL logos and uniforms, given that the content of the episode — some of which included former players dealing with injuries and pain, along with a current player getting into a fight at a nightclub — could be viewed as controversial for the league. Does Dwayne Johnson just have that much charisma and pull?

Well, that’s certainly possible. I mean, who doesn’t love The Rock? But putting Johnson’s considerable star power and the glitz that comes with a HBO show aside, Ballers actually does have some solid legal ground to stand on when it comes to using NFL team logos, uniforms and the like. Business Insider’s Jason Guerrasio talked to an industry lawyer with significant experience in copyright and entertainment issues who explained that producers don’t have to ask the NFL for permission to use its team logos as long as those trademarks are used as intended. 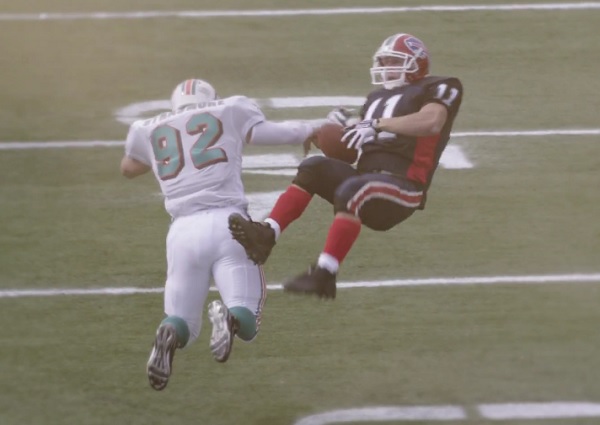 So depicting Johnson’s Spencer Strasmore laying out a Buffalo Bills quarterback with a hard, but clean hit while playing defensive end for the Miami Dolphins is essentially considered fair use. Those logos and uniforms are being used as they were intended, worn by players competing during a NFL game. It would be quite different if Johnson ran into the stands while wearing that Dolphins uniform and tore a fan apart with his bare hands.

In another storyline during Ballers‘ pilot episode, Ricky Jerret, a receiver for the Green Bay Packers has sex with a groupie in a nightclub bathroom and then responds to an insult from a fellow patron by punching him out. That’s probably not behavior the NFL would prefer to be associated with, nor see one of its fictionalized players engaging in on screen. Yet Jerret didn’t do these things while wearing a Packers uniform or any other sort of team apparel.

However, when Jerrett calls team management to apologize for his actions, we see a boardroom full of executives that immediately decides to cut him. And the walls of that conference room are decorated with Packers logos and uniforms. 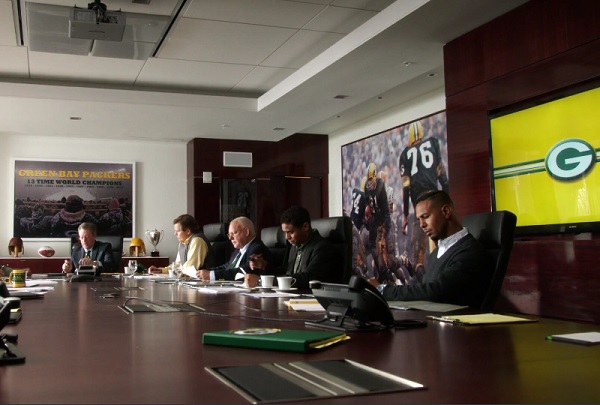 But under trademark law, this scene depicts something that would actually happen: The front office of a NFL team decides to cut a player who’s become a character issue and public relations headache. It’s accurate and consistent with something that would actually happen. Had those executives at the conference table ordered a hitman or drone strike to take the offending player out, then there might be a problem.

The use of official logos certainly lends Ballers credibility that gets lost when clearly fake — and frankly, unimaginative — names, logos and uniforms are used in films such as Any Given Sunday or The Replacements. Even if the action and gameplay looks relatively close to the real thing, seeing those eyesore uniforms and knockoff logos doesn’t help suspend any disbelief from the viewer’s point of view.

Much like Entourage using celebrity cameos to make the Hollywood world of that series look authentic, Ballers incorporating official NFL logos (in addition to real-life personalities like Don Shula and Larry Csonka) makes its story seem more plausible. As long as those logos aren’t used when something unrealistic or absolutely outlandish, the show is on safe ground and doesn’t need “the expressed written consent of the National Football League.”