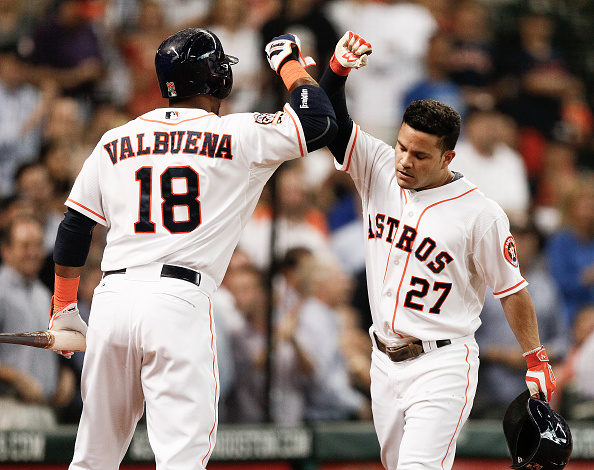 As recently as last year, the Houston Astros were drawing low ratings on their now-defunct Comcast SportsNet regional sports network. In fact, they were so low, they registered a 0.0 more than once. The fact that the Astros had put a poor product on the field and Comcast SportsNet Houston was only distributed to 40% of the market contributed to the lowest possible ratings. Fans in most of the city couldn’t watch and Minute Maid Park looked like an Athens Olympic facility, empty and deserted. And the move by the Astros from the National to the American League angered fans who were used to seeing teams from the Senior Circuit.

As the Astros suffered through a dark period not just on the field but also on television, it seemed as if the team was in a downward spiral that it could not escape. Plus with the fate of Comcast SportsNet locked in the courts last year, fans had to wonder if they could ever watch the Astros again.

But once a decision was reached to create a new regional sports network, Root Sports Southwest, to be owned and operated by a consortium led by AT&T and DirecTV, the media picture for the team got clearer. Couple that with a season that led to a 70-92 record in 2014, there was hope that 2015 would be even better.

And now that the team is winning and in first place in the American League West by four games, fans are back in the stands and thanks to Root Sports that is widely distributed, ratings are up. The Houston Press notes that with Root Sports available in most of the market, ratings for the Astros have gone up four fold.  Last week the Astros scored a 4.7 rating for their game against the Angels, the highest local rating since July 2009.

With fans returning to Minute Maid Park in droves and even resulting in three sellouts, the Astros have already announced that season ticket prices will increase next season by 20%.

Fans like a winner and with the Astros seemingly heading towards the 2015 MLB Postseason, the team is reaping the benefits both at the turnstiles and in the ratings. This season has thus far been a harmonic convergence for the Astros. The team has been a success, fans have embraced the American League and Root Sports in its first year of operation has seen good ratings and viewership.

You have to believe that the Astros with their talent can ride this wave for at least the next few seasons and Houston can become a good baseball town once again.